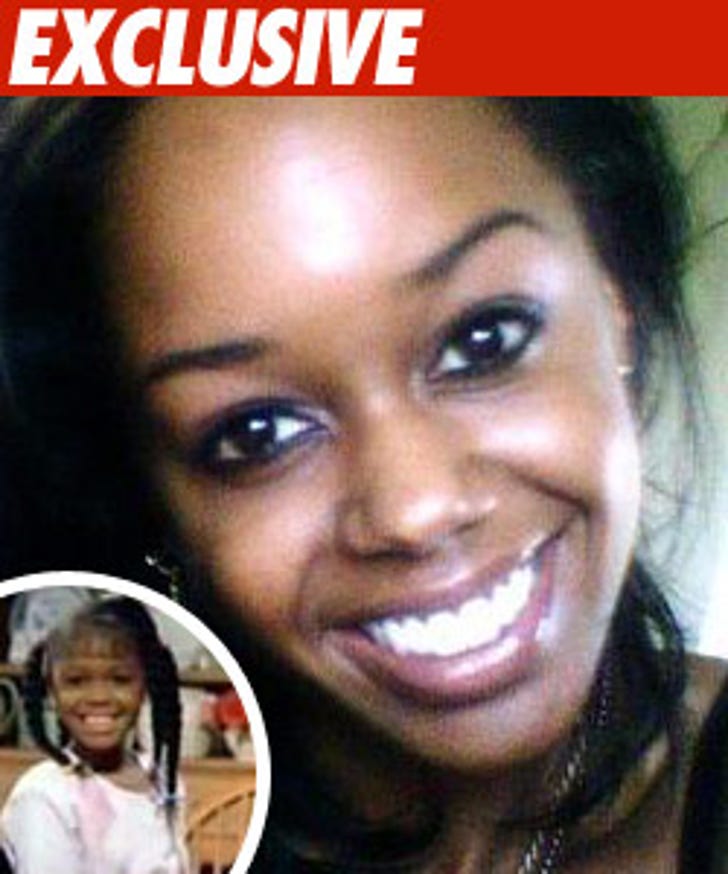 Jaimee Foxworth -- who briefly played "Judy Winslow" on "Family Matters" -- was just granted a temporary restraining order against her longtime boyfriend after he allegedly did some horrible things to her.

According to the docs, filed in LA County Superior Court, Foxworth claims Michael Shaw physically and verbally abused her ... and at one point grabbed her arm and dragged her along the floor through broken glass.

On another occasion, as Jaimee was feeding her son in the backseat of a car, she claims Shaw "pulled the car over, jumped into the backseat ... tried to push [Jaimee] out of his car, and threatened to drive [her] son away."

The judge granted the TRO the same day the papers were filed -- Shaw has to stay 100 yards away from both her and the kid.

Jamie tells TMZ she "strongly encourages all women to leave unhealthy relationships before it is too late."