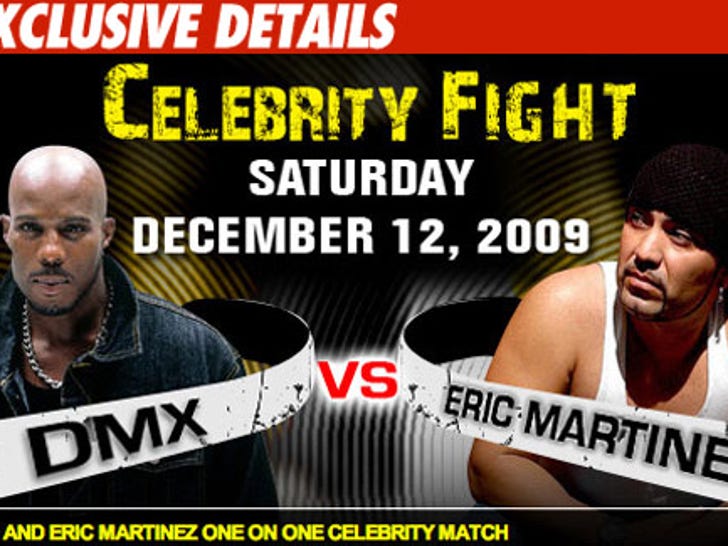 DMX has kindly taken time out of his busy prison guard assaulting schedule to fight someone from the general population. 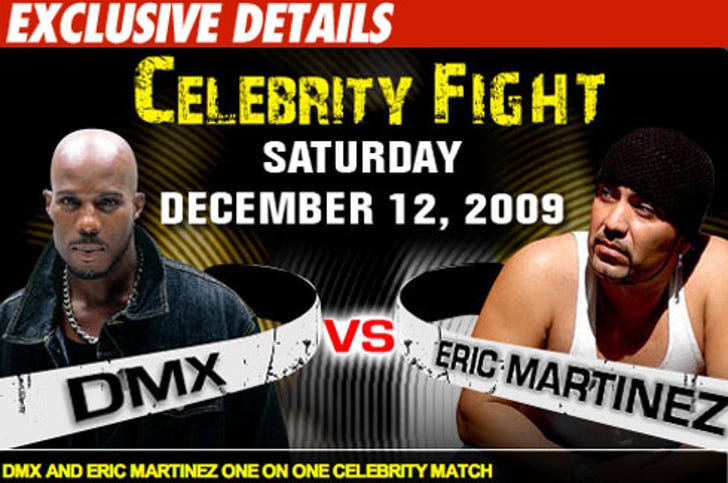 DMX -- who has to be good an bobbing and weaving by now -- is set to box some dude named Eric Martinez during the "Celebrity Fight" section of an Alabama Pride MMA event in December. We're told Eric is an "up-and-coming actor" -- who we're guessing will soon star in DMX's next police report.

X's rep tells us the rapper has been "working out really hard," "eating right," and is "looking forward to having some fun" -- which we're guessing is prison-speak for beating some poor sap's face in before laundry duty.