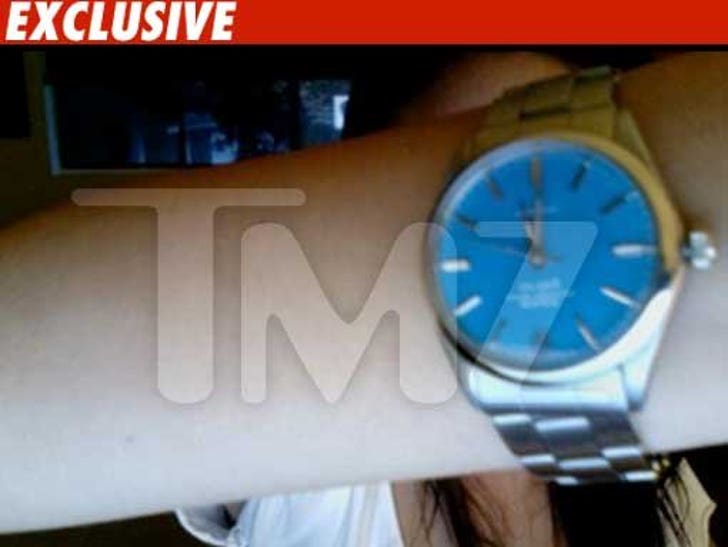 Lindsay Lohan's stolen watch may have reappeared -- possibly on the arm of one of the people accused of taking it. 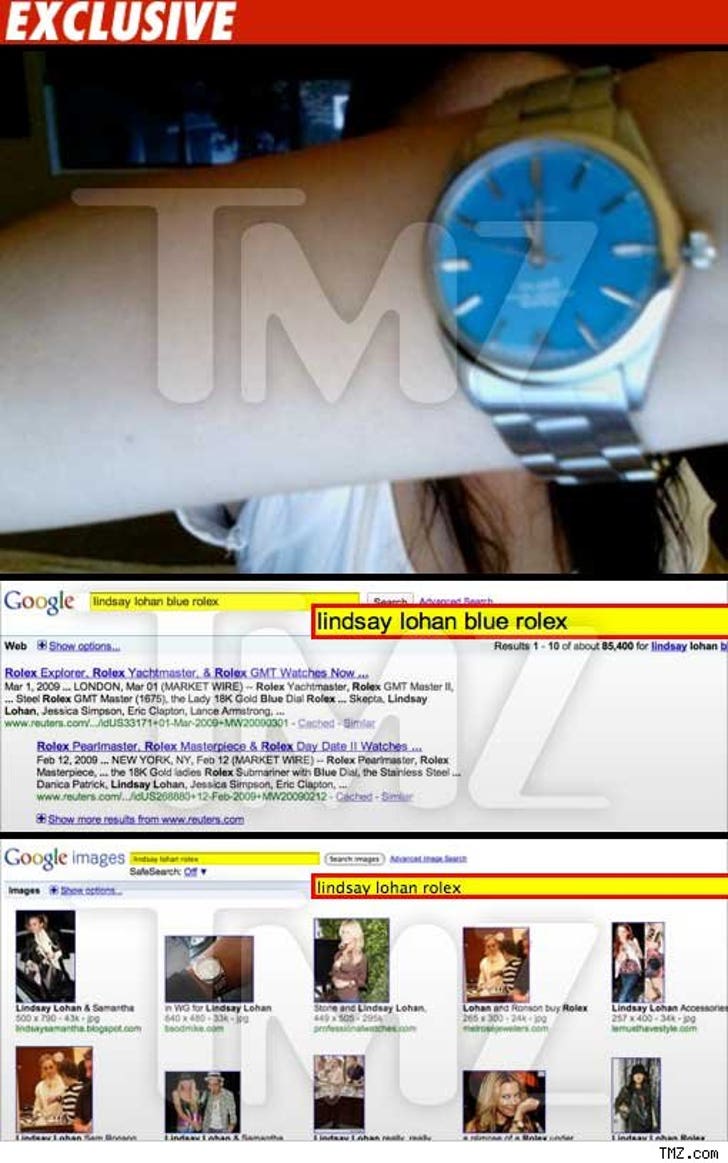 As we've already told you we got the data from the computer Nick Prugo had used during the alleged spree of the Hollywood Hills Burglar Bunch.

Police believe one of the celebrity targets was Lindsay Lohan. She had watches, among other items stolen from her home.

The image above is from the same computer, showing someone sporting a blue Rolex. One of Lindsay's reps says it well could be LiLo's watch.

If true, the Burglar Bunch is both bold and stupid for the photographic braggadocio.