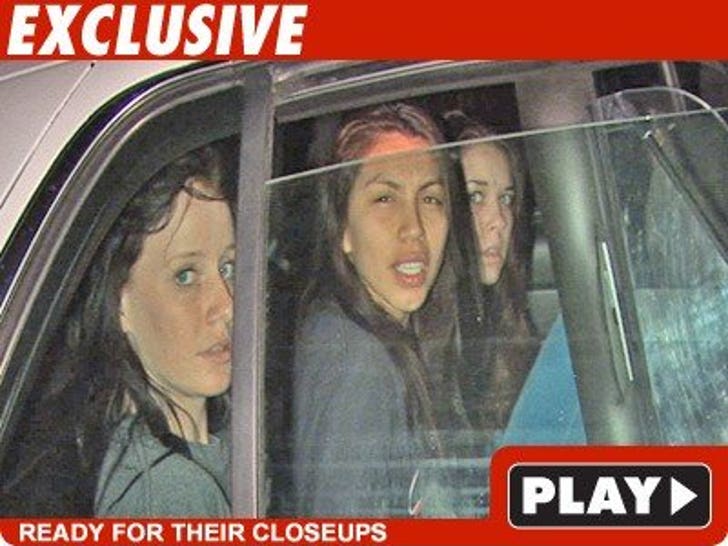 We now know the third person arrested in connection with the burglaries of Lindsay Lohan and Audrina Patridge's home -- 18-year old Alexis Neiers. 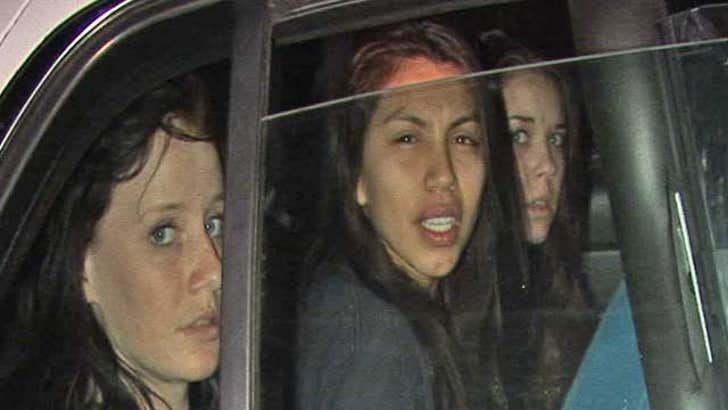 TMZ shot Alexis (right), Diana Tamayo (center) and Courtney Ames (left) as cops brought them into Van Nuys jail in the back of a cruiser last night -- after the trio was arrested for felony burglary.

Ames and Neiers were released after posting $50,000 bail. On the way out, Ames denied any wrongdoing while Neiers said "I didn't do jack s**t, it's a joke." Tamayo is still in custody.