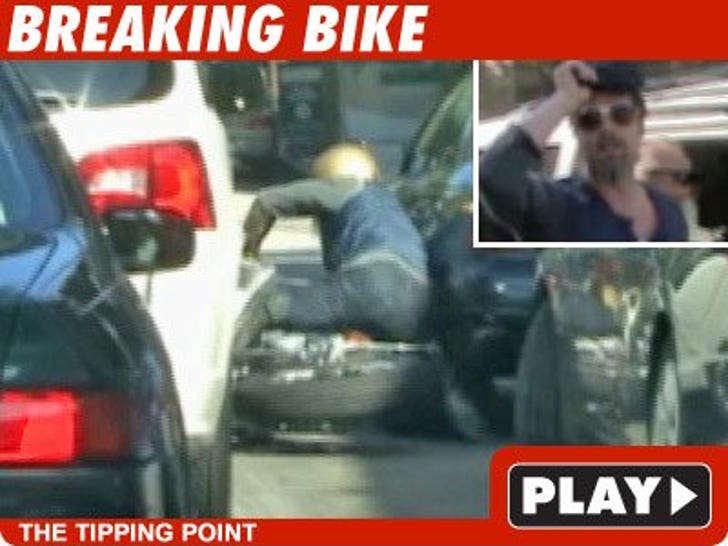 Brad Pitt and his fancy motorcycle hit the asphalt hard this weekend after he clipped a parked car in L.A. -- and now we've got video of the whole thing.

In the footage, Pitt can be seen trying to maneuver his bike between a van and a parked car at a red light when he suddenly loses control -- and crashes to the ground.

During his fall, Brad slams against the car and it appears his bike knocks into the van.

Brad said he was "fine" after the minor crash -- but the chopper needed to be towed away.