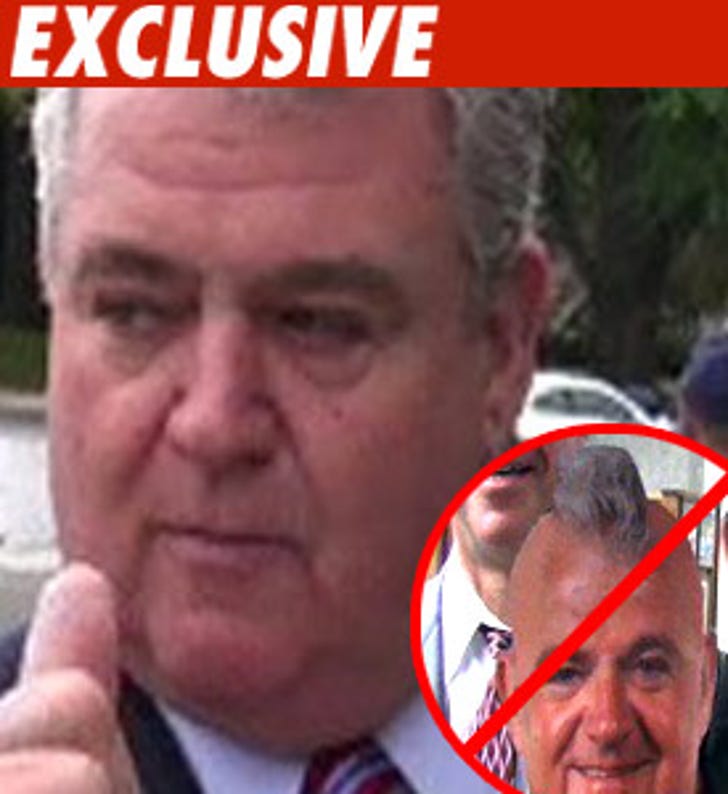 Like any crafty politician, Congressman Robert Brady (D-PA) has found a way to flip-flop on an important issue ... and we're talking about the Mohawk Challenge between Brady and Congressman John Hall (D-NY19) over who would win the World Series.

As we all know, Brady's Phillies lost ... but his press secretary tells TMZ: "The Congressman will not be shaving his head."

Here's the deal. Brady's peeps say the Mohawk Challenge was rendered null-and-void because the only person we could find to take the bet was Congressman Hall -- who happens to be mostly bald. So that technically doesn't make it a Mohawk Challenge, does it?

Now get this: Back when Hall accepted the challenge, he said instead of the mohawk he would shave off the precious few locks he had left -- which a few follically-challenged people in the TMZ newsroom considered a harsher punishment.