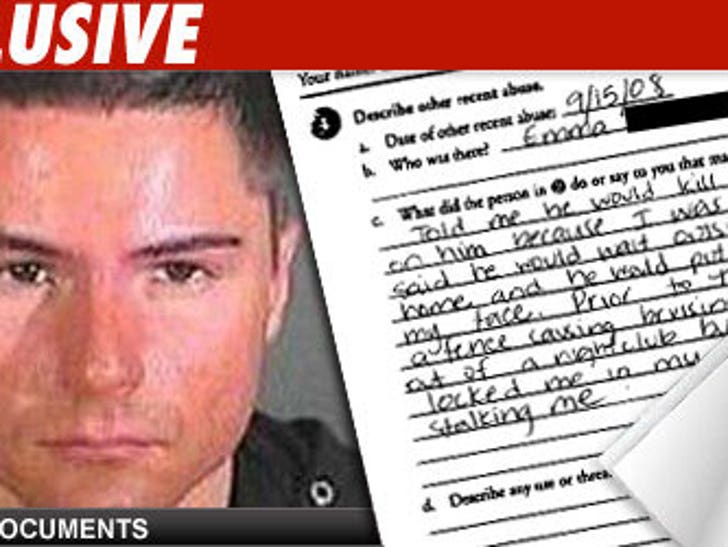 Cindy Crawford's alleged extortionist had a brush with the law before the latest incident, but in that case the woman who asked for a restraining order ended up flaking out in court so Edis Kayalar skated.

Kayalar's girlfriend in 2008-09 claimed in a declaration that he pushed her and threatened to kill her if she called the police. She said, "He asked me to sleep with him at a friend's house, and when I refused he slapped me across my face and punched me 6-7 time (sic) all over body."

But she never showed up in court and, according to the docs obatined by TMZ, the judge took no action.

Kayalar is accused of trying to extort Crawford and her husband, Rande Gerber, for $100,000 -- over a picture of the couple's daughter.

By the way, in the legal docs, she says, "He's hard to find and slips through the system." That's a problem the feds are dealing with right now.