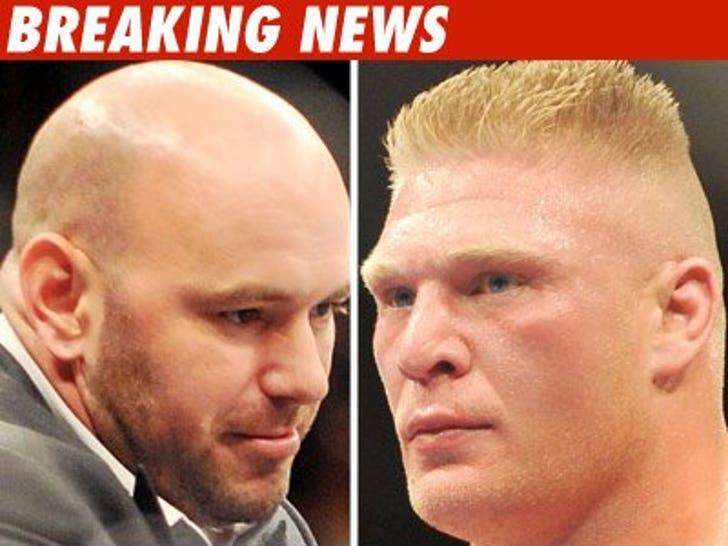 Brock Lesnar is currently recovering from minor surgery, this according to UFC president Dana White. 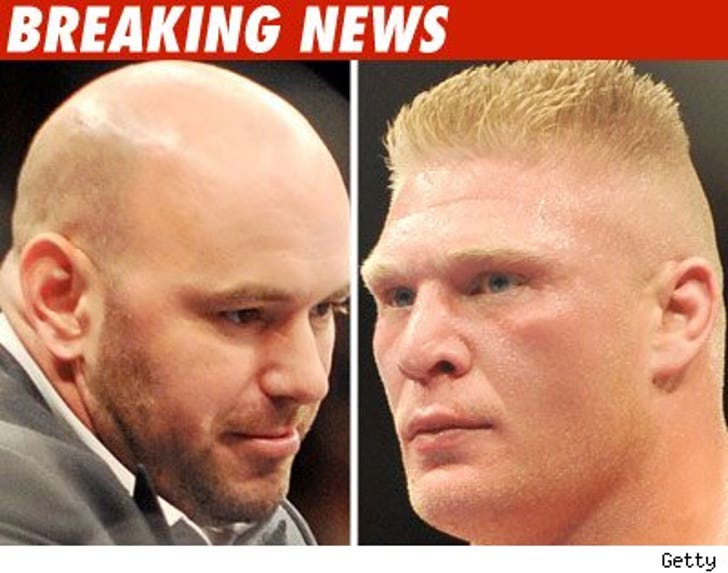 It's unclear what operation was performed on the reigning UFC heavyweight champ -- or when it was performed -- but White, through his Twitter page, insists Brock is already "feeling better."

White added, "Not 100% sure he is out of the woods but feeling better."

As we previously reported, Lesnar is currently being hospitalized with some sort of intestinal disorder so severe, he may never fight again.