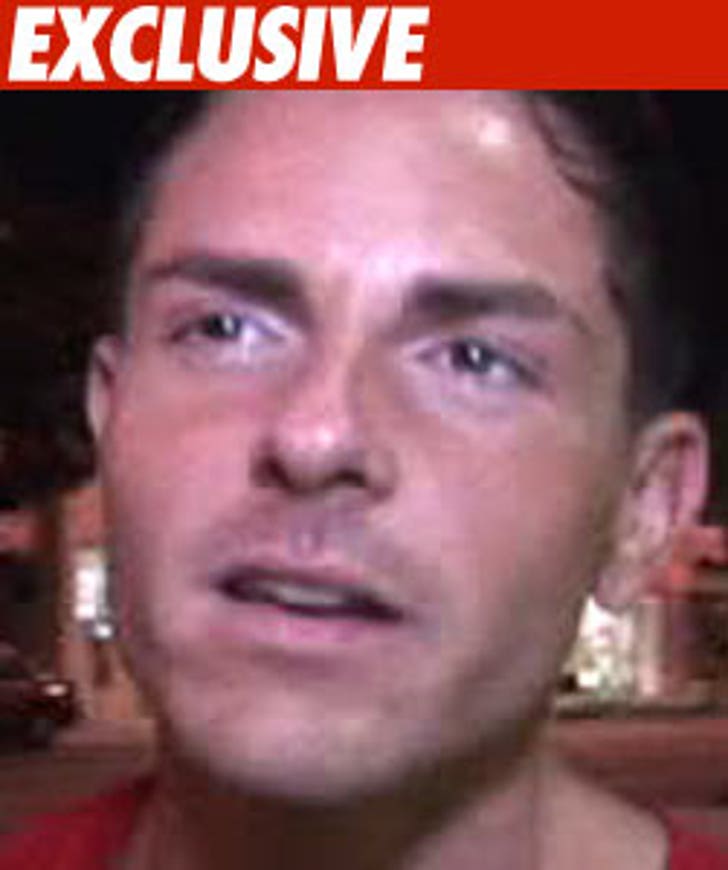 An "I Love New York" loser is so fed up with his alleged stalker that he filed for a restraining order ... and wants her to stay an impressive 2.84 miles away from him at all times.

In docs filed in L.A. Superior Court last Thursday, Jason "Heat" Rosell -- who calls himself "a celeb-reality TV personality and actor" -- claims Eliza Fararazzo hasn't left him alone since they met a few weeks ago at a red carpet event.

Jason claims Eliza called him 10-15 times a day, repeatedly sent him letters and even showed up at his house.

Jason is so passionate about keeping her away, he wants to ban her from events he won't even be at, saying, "I don't want her contacting me, near me and not to show up at ANY red carpet or media events that I could potentially show up regardless if I am in the attendance list of events or not."

Jason wants Eliza to stay exactly 5,000 yards away from him ... which might prove difficult to enforce.