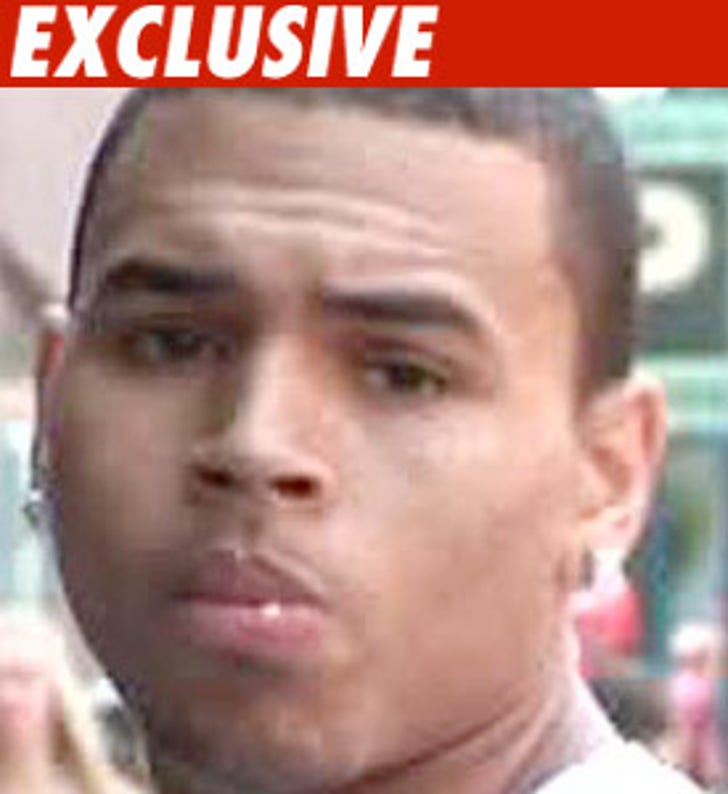 Chris Brown's denial tour 2009 continues ... he just filed legal papers claiming he's not to blame for a nasty accident at a sports club in Los Angeles.

Brown was sued by a paparazzo (not ours) back in May. Robert Rosen claimed he fell down a stairwell at an LA Fitness club after being chased by Brown's bodyguards and was then allegedly assaulted.

Brown has just filed legal docs -- obtained by TMZ -- claiming he's not responsible for the injuries because LA Fitness didn't properly maintain and supervise its operation -- we're assuming that means keeping photogs out of the joint.

The incident occurred a month after Brown assaulted Rihanna.

Brown claims ... if Rosen gets a judgment, the cost shouldn't be on his shoulders.