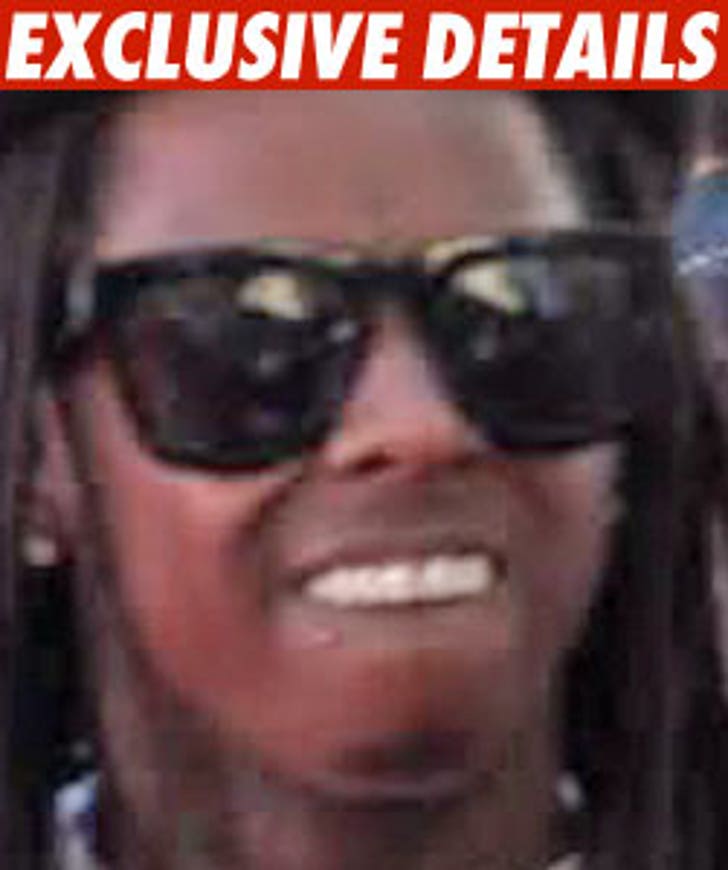 Looks like Lil' Wayne will walk away from yesterday's drug bust in Texas unscathed, at least according to his lawyer.

Lil' Wayne, along with 11 other people, was detained yesterday in Falfurrias, Tex. by the United States Border Patrol after marijuana was discovered on board his tour bus.

The Border Patrol says Wayne and the others were questioned and charges are pending. His lawyer tells TMZ that while some people did receive citations, Lil' Wayne was not one of them.

Lil' pled guilty in October to attempted criminal possession of a weapon stemming from a 2007 traffic stop of his tour bus. He is set to spend a year in jail and will appear for sentencing in February 2010.

UPDATE -- The Laredo Entertainment Center, where Lil' Wayne was supposed to perform last night but didn't, tells TMZ he will perform there tonight to make up for the canceled show.