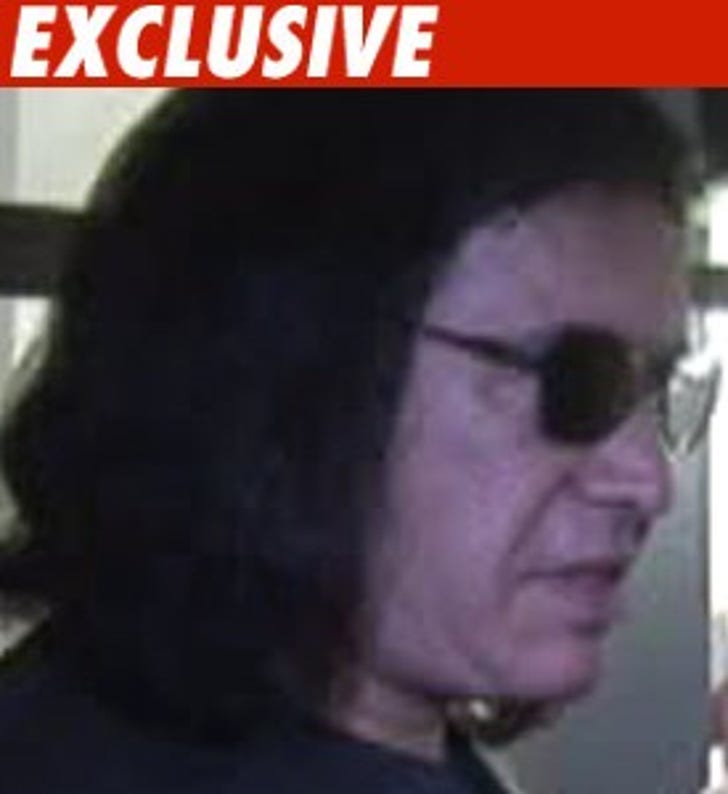 Gene Simmons successfully fought off a restraining order today in which a couple claimed the KISS member threatened to kill them.

Nathan Marlowe and Cynthia Manzo filed papers asking the court to keep Simmons away from them, but the judge rejected the order.

Marlowe claims he was at The Grove shopping mall in L.A. on December 19 when he tried to film Simmons. He says he then asked Simmons about "his public persona about monogamy." Marlowe claims Simmons grabbed him by the throat, headbutted and choked him and said, "I will end you."

The papers were filed in L.A. County Superior Court. The judge claims she rejected the petition partly because the couple failed to show "a threat of future harm."