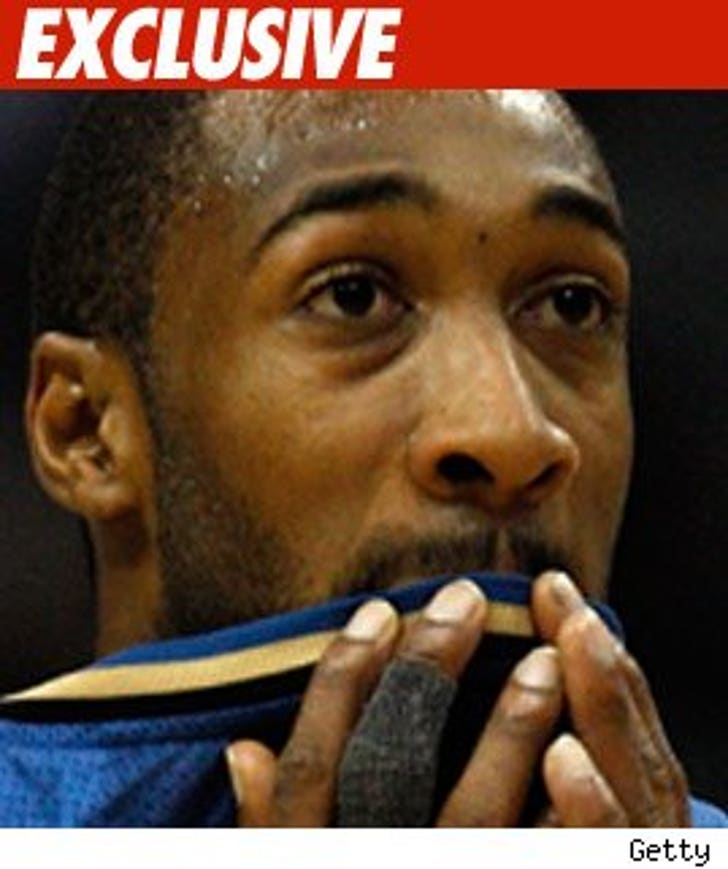 NBA star Gilbert Arenas didn't have a license to possess the guns he stored in his locker in D.C.... law enforcement sources tell TMZ.

We're told there were four guns in Arenas' locker that were turned over to police, including a gold-plated Desert Eagle -- a gigantic handgun.

Arenas could be charged for "CPWL"-- carrying a pistol without a license.

As we previously reported, Arenas could also face assault charges stemming from the alleged gun-toting standoff with a teammate on Xmas Eve.