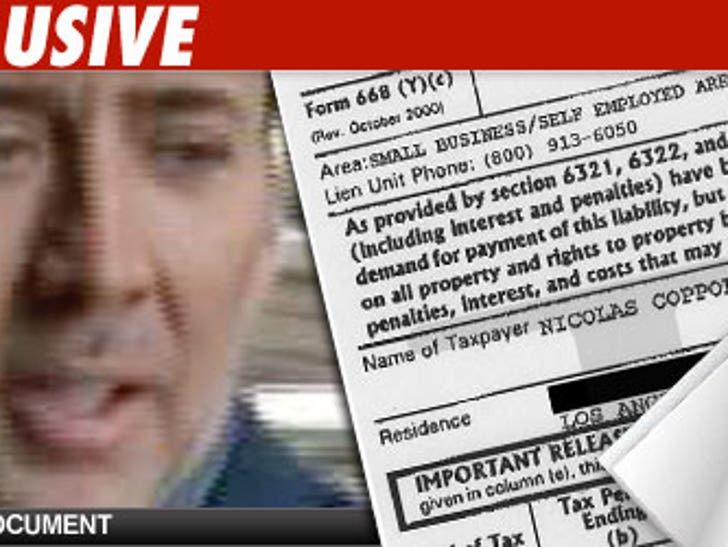 Nicolas Cage got an expensive New Year's gift from Uncle Sam -- a bill for $6.7 million in MORE allegedly unpaid back taxes.

According to Sam Levin, Cage's former financial manager -- who's in a legal war with Nic over the massive financial collapse -- by 2008, the actor had "15 palatial homes around the world, four yachts, a Gulfstream jet and millions of dollars in jewelry and art." Cage claims Levin was incompetent and underhanded and sunk Cage's financial ship.

It's unclear on how Cage will pay up -- due to the fact that Nic has described his own financial state as "catastrophic."

UPDATE: Nicolas Cage just gave TMZ the following statement: "Over the course of my career I have paid at least $70 million in taxes. Unfortunately, due to a recent legal situation, another approximate $14 million is owed to the IRS, however, I am under new business management and am happy to say that I am current for 2009. All taxes will be paid including any to be determined state taxes."