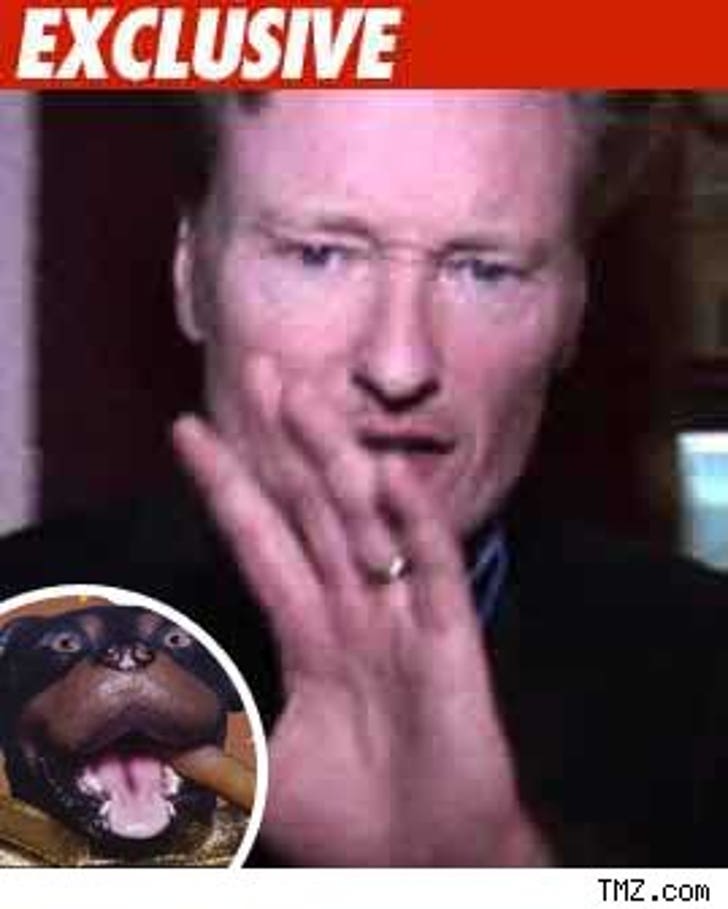 One of the sticking points in the negotiations between Conan O'Brien and NBC is a custody battle -- who gets Triumph the Insult Comic Dog and other characters Conan has created over the years ... sources tell TMZ. But we're told Conan will bag the dog, with strings attached.

Conan wants to take them with him wherever he lands -- and we're told NBC will ultimately give Conan the right to his characters, in return for conceding other points in the exit deal.

As for what Conan may have to concede ... we're told the non-disparagement clause is still an issue. Specifically, how long will Conan be prohibited from trashing NBC? Conan may have to fold on this point in order to walk the dog.