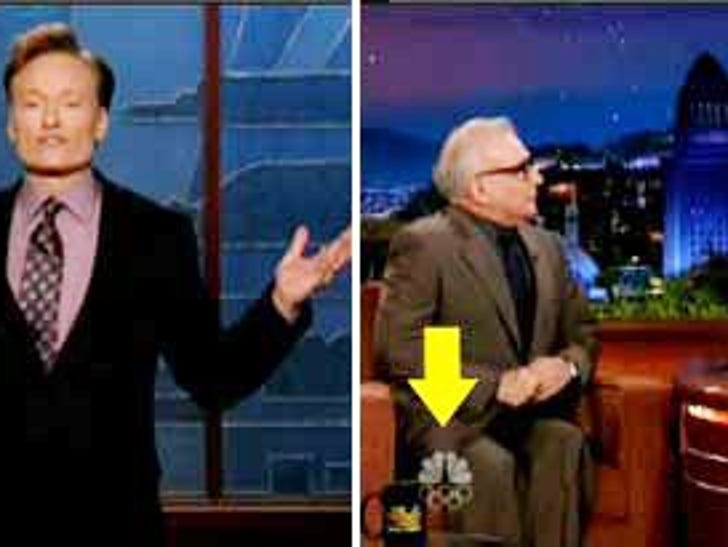 NBC has done something subtle in its war with Conan O'Brien -- the network quietly took its bug out of Conan's "Tonight Show," NBC-bashing monologue Monday night.

Take a look at a screen grab from Monday's monologue (left). Notice in the lower left portion of the screen the NBC peacock is missing. Now look at the screen grab of Conan interviewing Martin Scorsese (right). The bug appears.

So it seems ... NBC wanted as little association with Conan as possible while he skewered Jeff Zucker and the network.

UPDATE:
The bug was on the screen for Tuesday night's monologue.