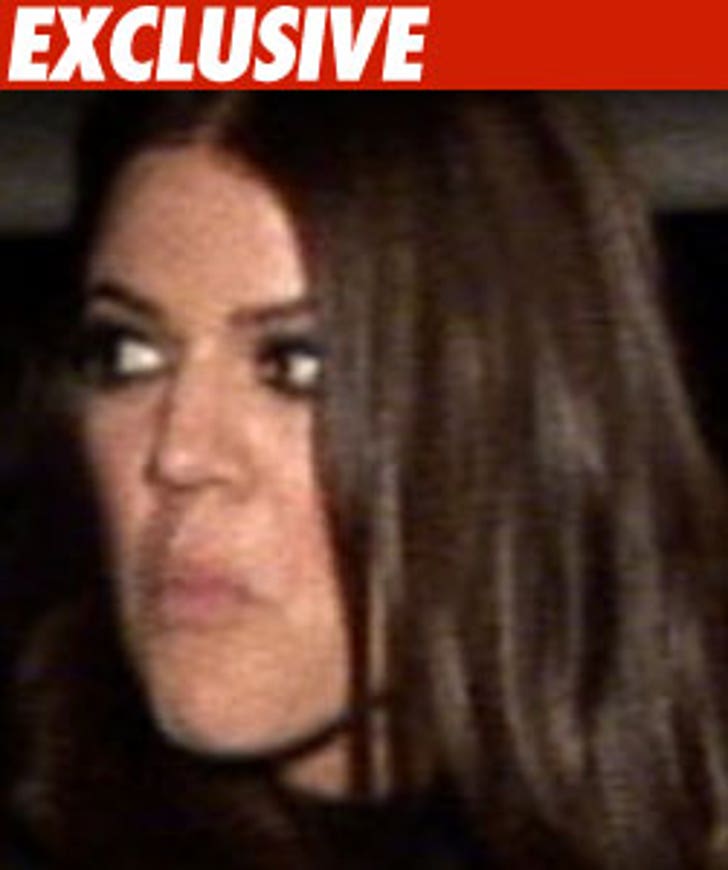 Khloe Kardashian was a wanted woman ... a woman who was on the lam for 7 years until lady justice -- and a tranny -- caught up with her in court this morning.

Ok, we overstate a bit. Here's what happened. In 2003, Khloe got a speeding ticket and just forgot about it. When the ticket wasn't paid, a bench warrant was issued for her arrest.

Fast forward to 2007, when Khloe was busted for DUI. For some reason the warrant did not appear on her record during the arrest or prosecution. Nor did the warrant surface when Khloe got various traffic tickets over the years.

So how, you ask, did the warrant come to light? Memba that whole thing between Khloe and the tranny outside Playhouse nightclub last December? Well the tranny filed a police report and that's when a cop noticed the warrant.

So today, Khloe, along with her lawyer -- the effervescent Shawn Chapman Holley -- appeared in an L.A. court with a mea culpa. The judge ordered Khloe to pay $200 in court costs, recalled the warrant and dismissed the ticket.

As for the tranny case, cops sided with Khloe.