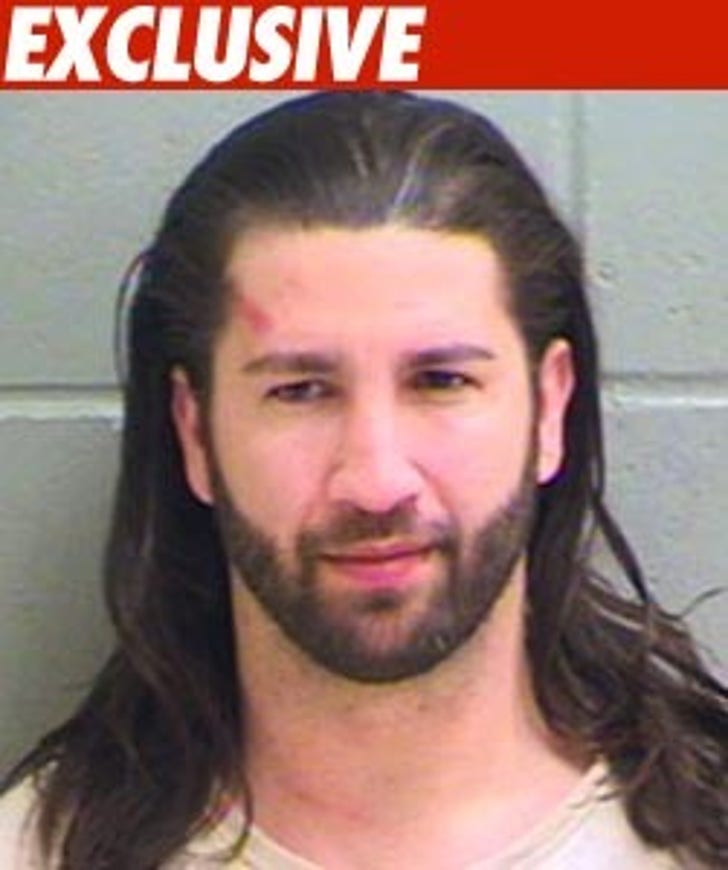 Chris Jericho's jail buddy and fellow WWE star Greg "Hurricane" Helms had a single muscle relaxer -- as in one pill -- on him when he was arrested last week for public intoxication ... this according to the police report.

According to the report, "a search of Helm's purse revealed one white round pill" which cops say was a Soma -- the generic version of the muscle relaxer Carisoprodol and a "schedule four narcotic."

Soma is no stranger to wrestling controversy. Dr. Phil Astin was recently jailed for 10 years after he was busted for prescribing Soma -- among other drugs -- in large quantities to wrestlers Chris Benoit and Michael Durham before they died.

In the report, it says Helms told cops he had a prescription for the pill but was not able to show proof of it at the time. Cops did not press charges against Helms over the single Soma pill.

WWE has yet to get back to us.