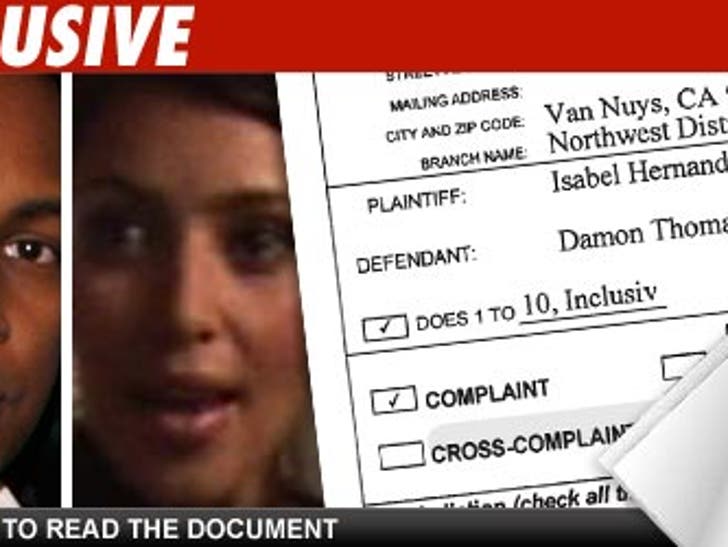 The maid -- Isabel Hernandez -- says in the lawsuit she worked for Kim when Kim was married to Damon Thomas. The maid claims Kim and Damon waited long periods before paying her lump sums. All was fine, until she got a mega check for $13,100 on March 25, 2006. It bounced like a rubber ball.

So what's Kim's defense you ask? Kim's lawyer, the effervescent Shawn Chapman Holley, says Kim divorced the dude in 2004 and moved out in February, 2003.

So what was the maid's first hint? We're guessin' the Apple Bottom Jeans disappeared from the chair in the bedroom.