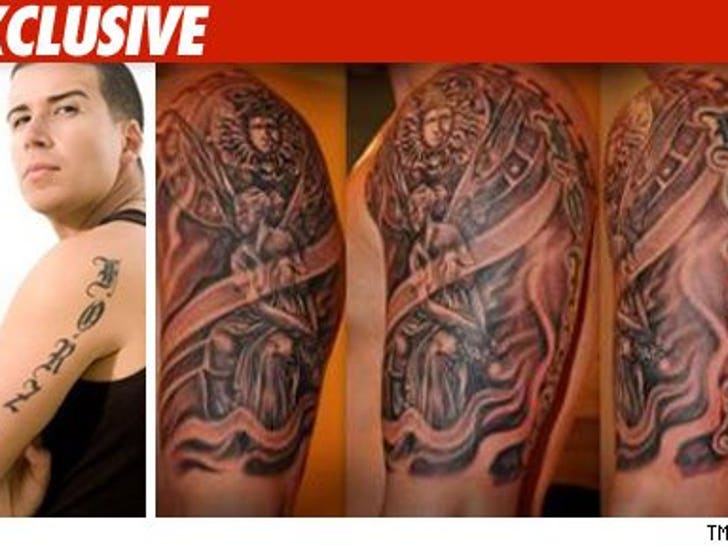 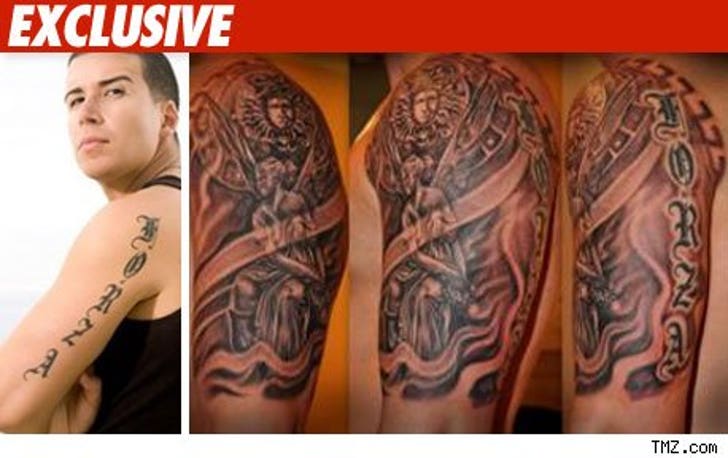 TMZ has obtained pics of the new tattoo Vinny was branded with last week -- which we're told took the "Jersey" boy and his tattoo artist 10 hours to come up with.

The new tattoo features a symbol based off the Sicilian Trinacria -- a symbol of the Italian island -- and a statue of an angel.