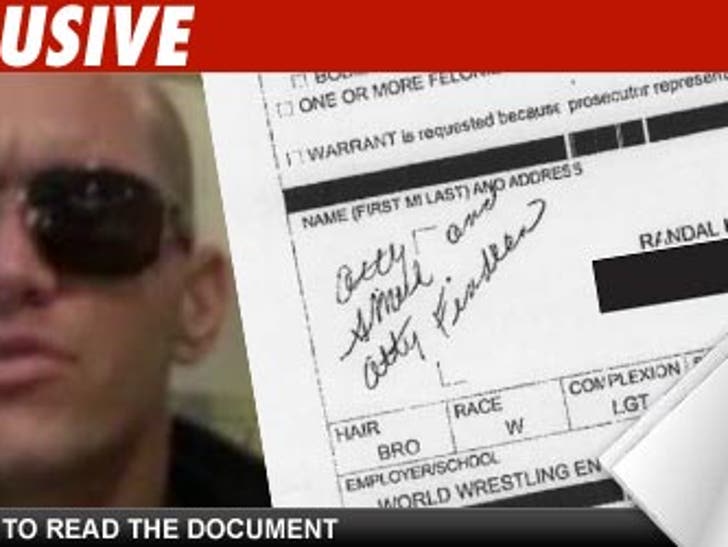 WWE superstar Randy Orton is officially off the hook for allegedly spitting gum in a 15-year-old fan's face back in January ... after it was decided there wasn't enough evidence to move forward with the case.

According to cops in Saugus, Massachusetts, the teenager claimed it all started when he approached Orton for a photograph while in the parking lot of a local restaurant.

The kid told cops Orton suddenly became enraged, spit gum in his face and then called him a nasty name -- and when the kid's mother approached Orton about it, he allegedly told her "so sue me."

According to documents filed yesterday in District Court in Massachusetts, there was "no probable cause found" to charge Orton with a crime.