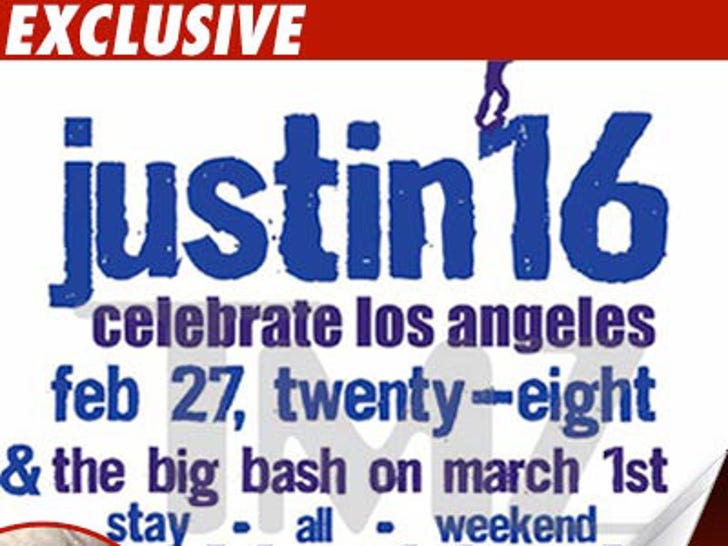 Justin Bieber sent out invites to his upcoming 16th birthday party -- and while it's gonna be awesome, there's one giant string attached: A release form for parents that warns your child is risking death by going.

The invitation boasts that Justin will have all sorts of crazy activities at the L.A.-based party -- like paintball, basketball, sumo wrestling, laser tag, and something involving a "workout gym."

But kids aren't allowed to go unless their parents sign a waiver that states, "I fully understand my/minor's participation may involve risk or serious injury or death."

The waiver also states, "I certify that my/minor is in good health and have no physical condition that would prevent participation in the activity."

Justin has also made one thing abundantly clear -- alcohol and smoking are strictly prohibited ... and if a kid is caught with any junk, he or she will be ejected from the party.