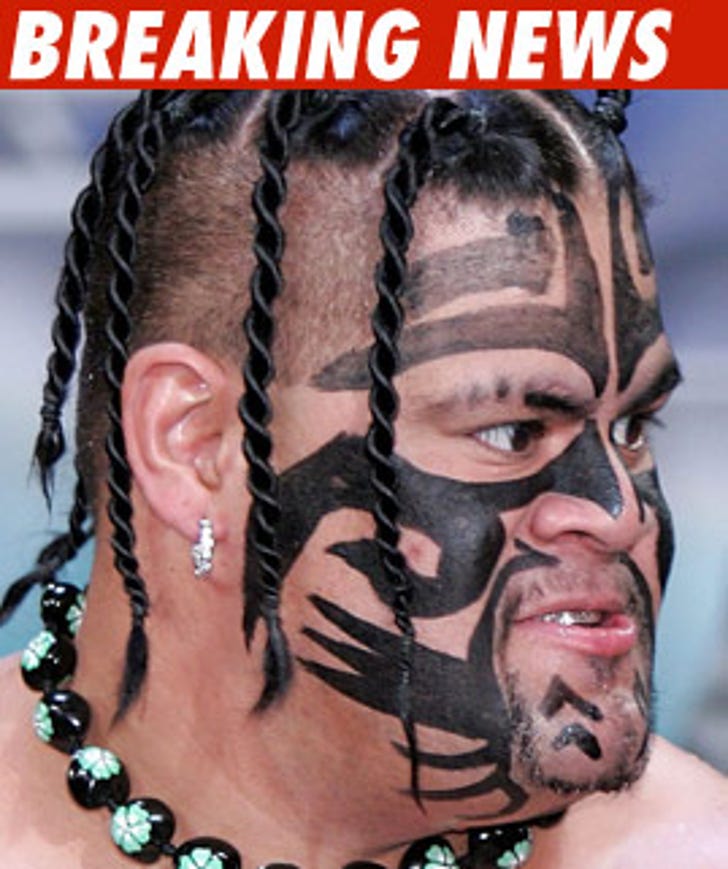 Former WWE Superstar Eddie Fatu aka Umaga -- who died in December -- was the victim of a bad combination of drugs, according to the Harris County Medical Examiner in Texas.

Dan Morgan, the supervisory forensic investigator for Harris County, blamed "acute toxicity" -- claiming the combined effects of hydrocodone (aka Vicodin), carisoprodol (muscle relaxer), and diazepam (aka Valium) were responsible for the wrestler's death.

According to the WWE, Fatu was released from his wrestling contract on June 11 for violating the WWE Wellness Program and for refusing to go to rehab.