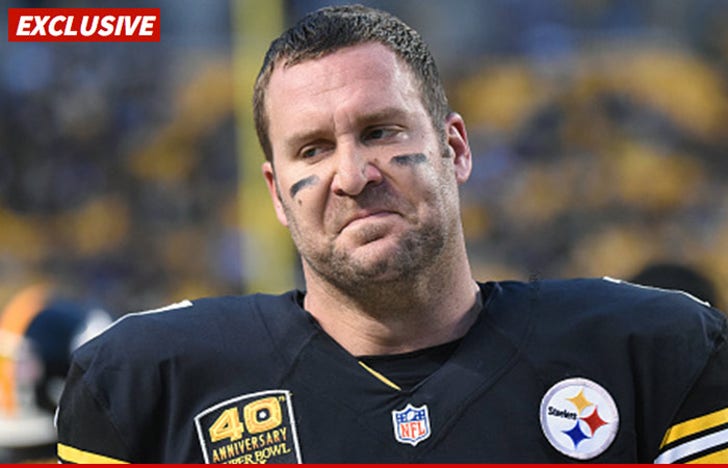 Pittsburgh Steelers quarterback Ben Roethlisberger has been accused of sexual assault by a young woman in Georgia, TMZ has learned.

The alleged incident occurred early this morning at Capital City -- a club in Milledgeville, Georgia.

According to law enforcement sources, the alleged victim -- who has already been interviewed by police -- was treated at a local hospital and released.

We're told in addition to the alleged victim, witnesses are being interviewed -- and one law enforcement source says they will attempt to interview Roethlisberger.

In addition to the Milledgeville Police Dept, we've learned the Georgia Bureau of Investigations is also investigating.

As we previously reported, Roethlisberger is being sued by a Reno woman, Andrea McNulty, who claims the QB sexually assaulted her in 2008.

UPDATE: We're told Ben Roethlisberger has already been interviewed by police. We're also told no formal charges have been filed at this point.

UPDATE 3:30 PM EST: A rep from the Steelers tells TMZ, "We are gathering information on this incident - until then we have no further comment."