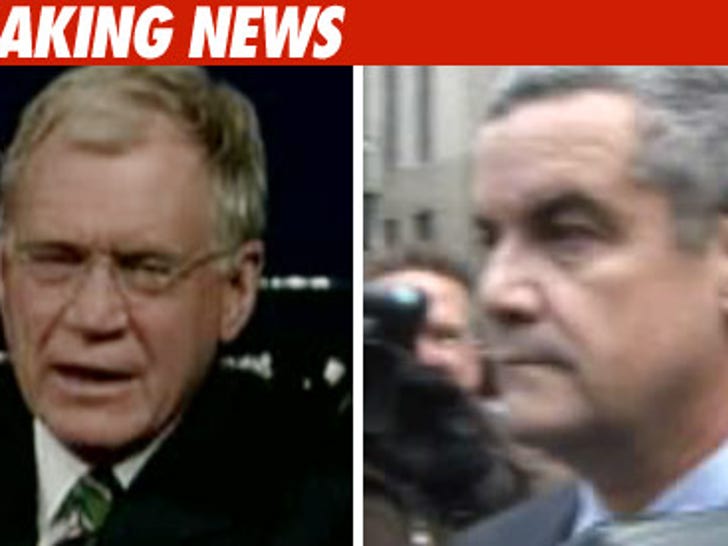 David Letterman's alleged extortionist, Robert Halderman, will plead guilty this afternoon to extortion, according to Halderman's lawyers who spoke with TMZ. 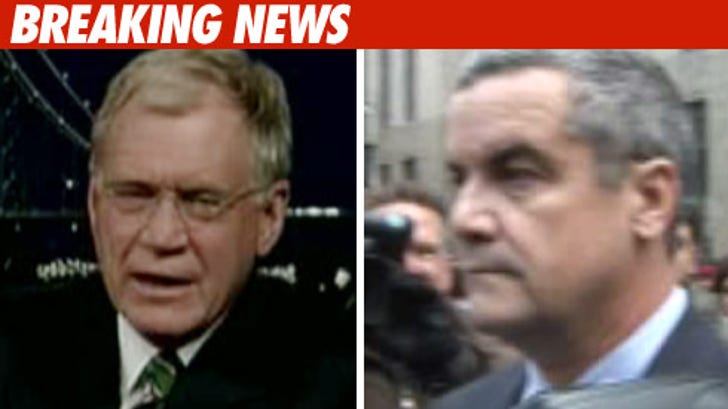 Halderman -- who allegedly tried to squeeze $2 million out of Letterman last year in return for not blowing the lid off his "Late Show" sexual liaisons -- pled not guilty to one felony charge of attempted grand larceny in the first degree back in October.

The New York Daily News and the New York Post are reporting Halderman's plea will score him a 6 month jail sentence, followed by 4 1/2 years probation and 1,000 hours of community service.