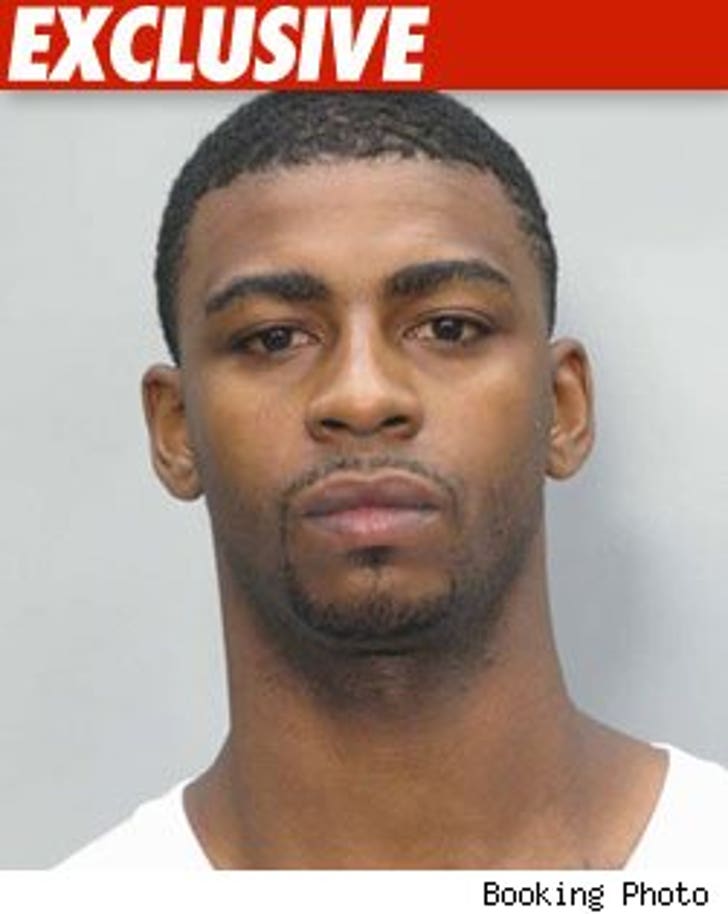 Miami Heat forward Dorell Wright was arrested in Miami Beach early this morning after cops say he was driving his 2005 Bentley under the influence of alcohol.

According to the police report, obtained by TMZ, Wright was pulled over at 3:37 AM after cops noticed he was driving erratically.

Cops say they approached the vehicle and when they began talking with Wright, they noticed "red and watery eyes, odor of an alcoholic beverage on his breath, and low and slurred speech."

Cops say the 24-year-old couldn't provide current insurance information -- they also discovered he was driving on a suspended driver's license.

Wright was taken to a nearby jail where he was booked for DUI and driving on a suspended license.

Earlier in the evening, Wright played 22 minutes in the Heat's victory over the Los Angeles Clippers -- but he only scored one point in the game.