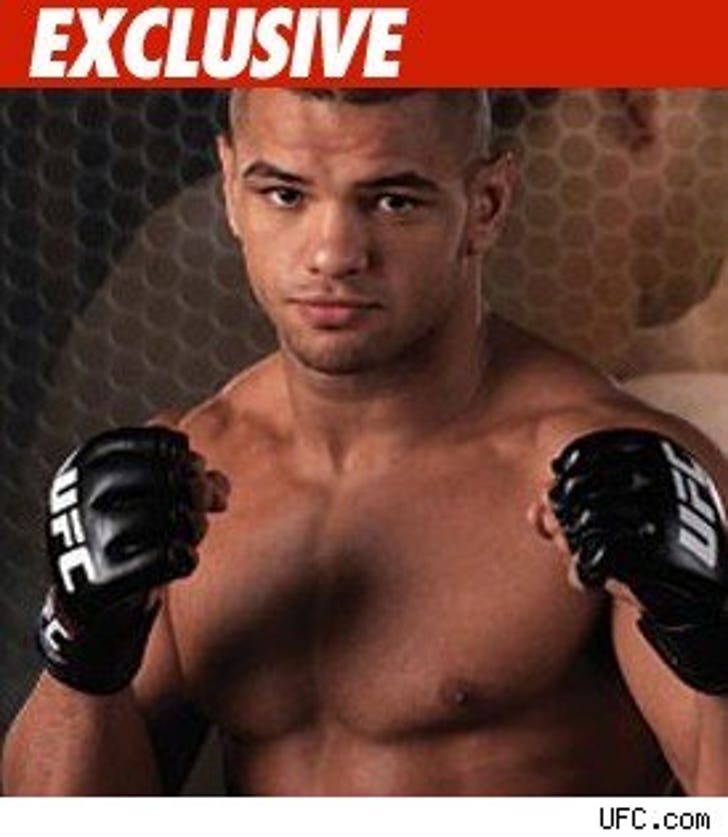 UFC's Thiago "Pitbull" Alves will not fight at Saturday's UFC 111, because a CAT Scan shows an irregularity in his brain ... TMZ has learned.

Thiago was scheduled to rumble with Jon Fitch on Saturday -- but a pre-fight CAT Scan revealed an irregularity -- a source close to 26-year-old Pitbull tells TMZ the irregularity involves an artery in the brain.

UFC honcho Dana White tells TMZ he will fly Pitbull to a specialist for further evaluation. White says, "If it's true, it can be career-ending."

No one will replace Pitbull on Saturday. The headliner is Georges St- Pierre -- ironically, the fighter who solidly beat Thiago in his last fight last July.