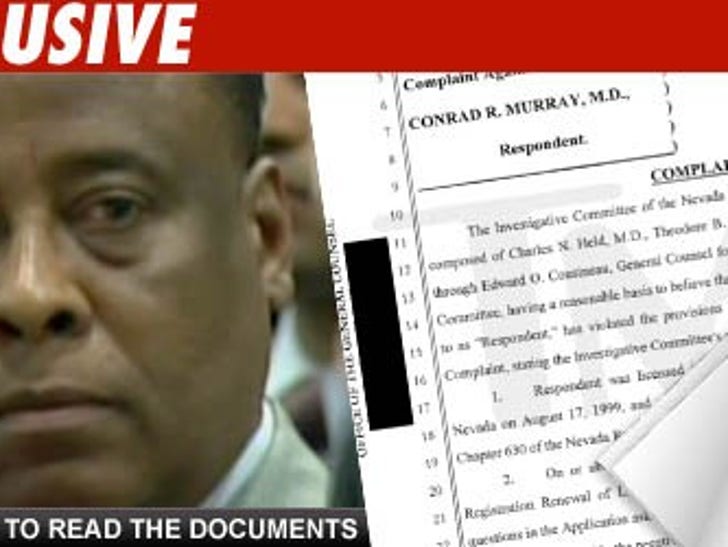 Investigators for the Nevada State Board of Medical Examiners have filed a formal complaint against Dr. Conrad Murray for allegedly lying ... but not in the Michael Jackson case ... according to documents obtained by TMZ.

, on June 13, 2007 and again on June 19, 2009, Dr. Murray applied for renewal of his medical license. One of the questions: "Are you out of compliance with court ordered child support?" In both cases Dr. Murray "answered in the negative" -- meaning he said he did not owe any child support.

You'll recall Dr. Murray was in legal hot water over back child support last year, but dodged a bullet when he became current.

The complaint makes no mention of Michael Jackson's death.

Investigators are asking the Medical Board to "determine what sanctions it determines to impose for the violations ... committed by Respondent."