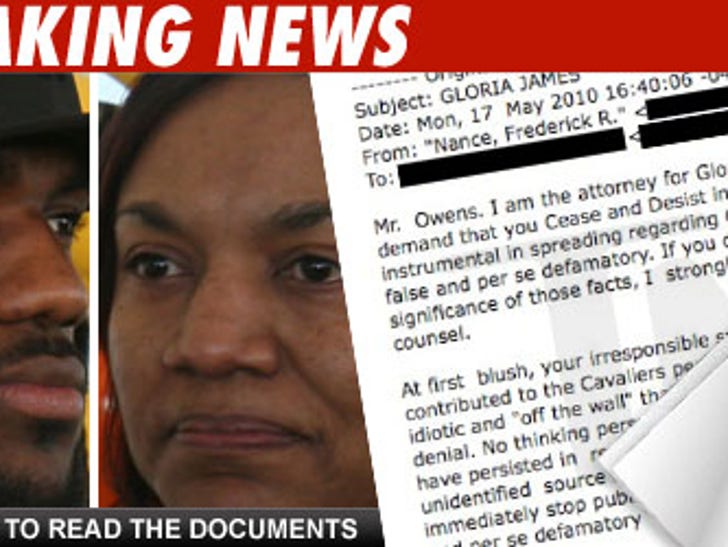 LeBron James' attorney has fired off a cease and desist email -- finally denying the fast-spreading, and disturbing rumor of a sex scandal involving LeBron's mom and his teammate Delonte West.

TMZ obtained a copy of the email sent to terezowens.com -- the sports blog that first reported on Friday that LeBron's mother Gloria was allegedly sleeping with Delonte. In the email, Frederick Nance -- attorney for LeBron and Gloria -- says the report is "categorically false and per se defamatory." Nance adds, "No thinking person could possibly believe such rubbish."

The report -- which also spread as a viral email -- was supposed to explain the Cleveland Cavaliers' playoff loss to the Boston Celtics with this theory: LeBron finds out about Delonte and his mom before game 4 ... Cavs go on to lose games 4, 5, and 6 (and possibly LeBron).

The guys at terezowens tell us, "We think it's a little fishy that they waited almost 4 days to fire this off." They say they stand by their source, and they're consulting with their lawyers. The story is still up on their site ... for now.

UPDATE: We also spoke to Keith Estabrook -- a spokesman for the James family -- who told us, "I will not dignify this with a comment." 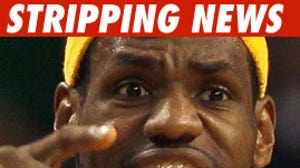 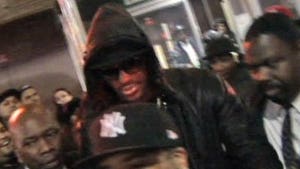 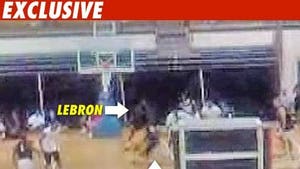