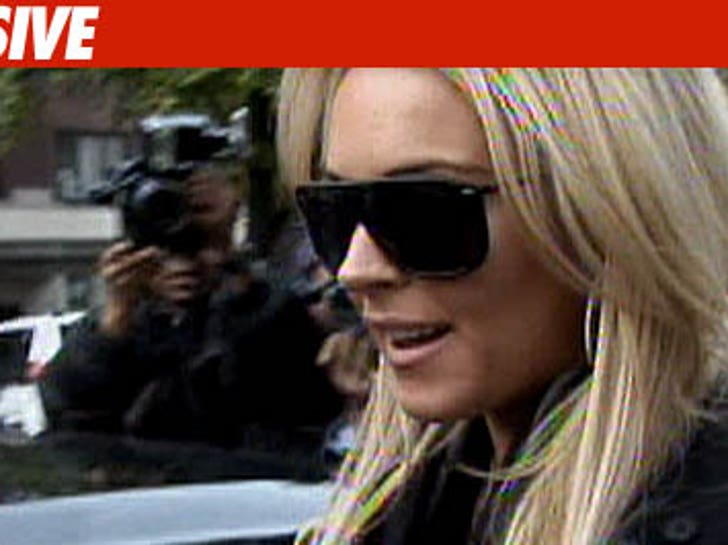 Lindsay Lohan has been blaming everyone under the sun but herself for the predicament she's in ... multiple sources tell TMZ -- a predicament that could land her in jail.

TMZ broke the story ... Lindsay will be a no-show in court this AM because, she claims, her passport was stolen, making it impossible for her to fly from Cannes to L.A. for her probation progress report hearing.

Our sources say Lindsay is blaming everyone -- even her alcohol ed instructor. We're told Lindsay claims the instructor made it "uncomfortable" for her to attend the required number of classes because she claims the instructor was texting that she wanted to hang out with her. As for why she's stuck in France -- Lindsay has a list of people to blame ... and she's not on the list.

We're told Lindsay's likely return date is Friday. She needs to attend 3 more alcohol ed classes to comply with the terms of probation. Those courses should have been completed by today, but the best she can hope for is a judge who believes in the saying, better late than never.

Judge Marsha Revel will almost certainly issue a bench warrant this morning for Lindsay's arrest. Sources say, however, the judge will not go gunning for cops to arrest Lindsay when she lands in L.A. In fact, it wouldn't be unusual if the judge gives Lindsay the chance to surrender herself to the court next week.

There's no room for argument -- Lindsay has violated the terms of her probation and we're told the D.A.'s office thinks some jail time is in order.

Judge Revel has given Lindsay so many chances, there's not a lot of wiggle room left. It was possible the judge could have blamed Lindsay's lapses on miscommunication between the court and the alcohol ed program, but blowing off the court date is going to make it really, really hard for the judge to show mercy. 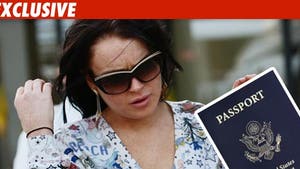 Lindsay Lohan Will Be a No-Show in Court 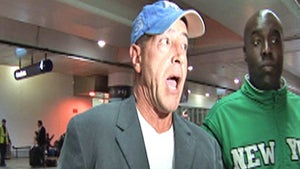 Michael Lohan Back In L.A. To Make Plea 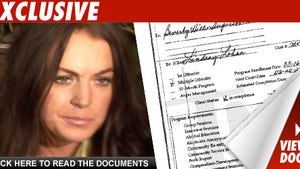 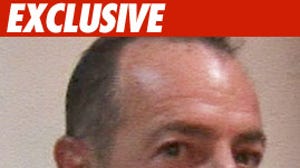