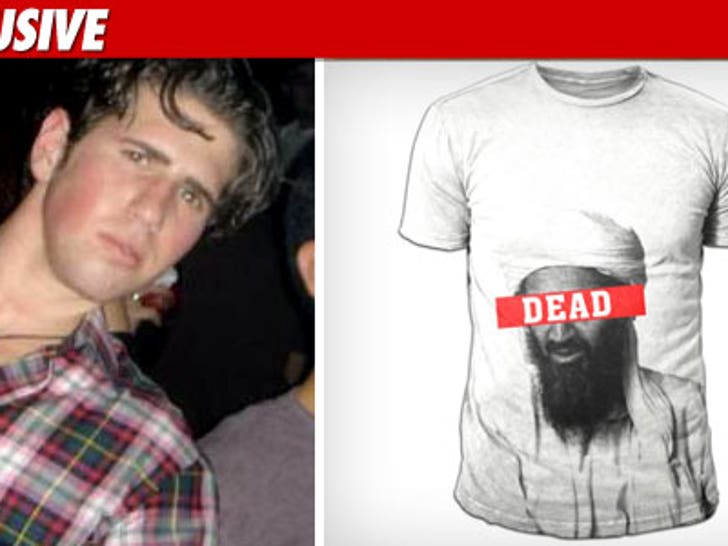 Osama bin Laden's body was barely in American custody -- and one savvy New York kid was already making t-shirts to commemorate the bastard's death ... pulling in over $100,000 in less than 2 days. 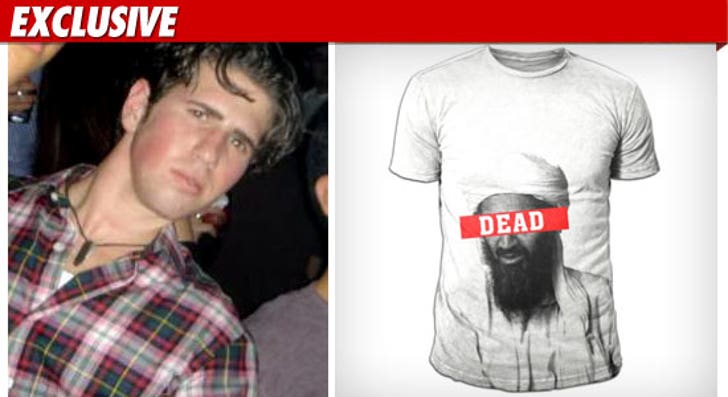 23-year old Maurice Harary tells TMZ, he made a beeline to his NY apartment as soon as he heard the news of Osama's death -- and started building a website to sell his "OBL is dead" t-shirts.

Maurice claims the site went live at 3:30 am on Monday -- and by Tuesday evening, he had already sold around 10,000 units at 12 bucks a pop ... meaning dude raked in approximately 120k in less than two days.

Yes, we know ... you had the idea first. Stop whining. 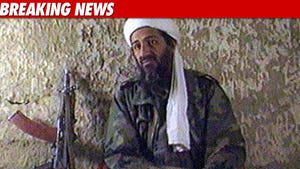 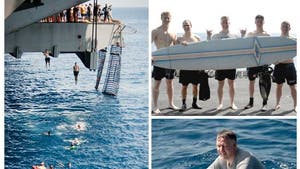 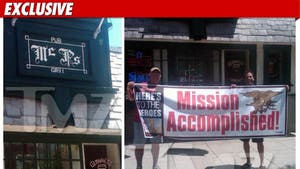