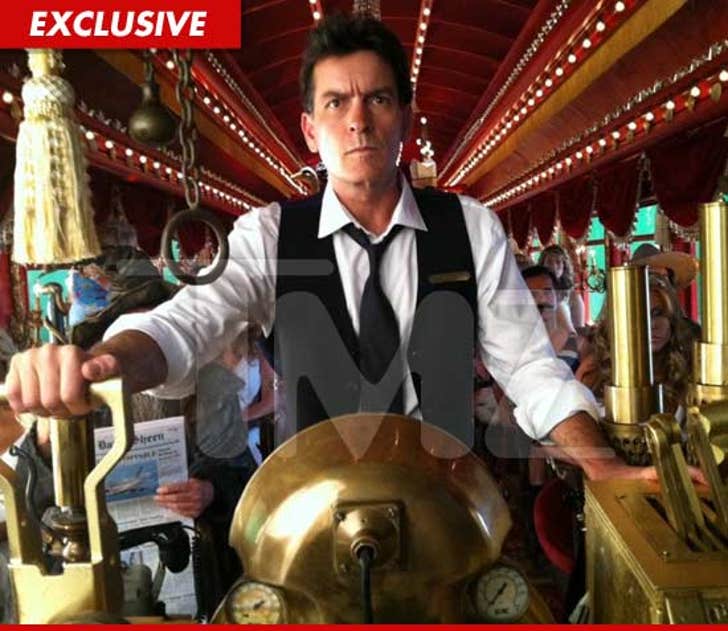 Charlie Sheen has a message to the people at "Two and a Half Men" -- WARLOCKS CANNOT BE KILLED BY A TRAIN!!!!

TMZ has obtained the first promotional photo for Sheen's upcoming "Comedy Central Roast" -- where the obvious message seems to be that the CRAZY TRAIN is coming to town ... and Charlie's the conductor.

But Charlie tells TMZ there's a DEEPER message -- and it's aimed at the "Men" writers who killed off his character in a "meat explosion" with a metro-train ... saying, "Killed by a train? Nice try guys." 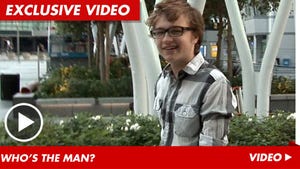 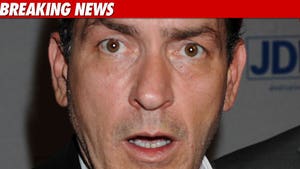 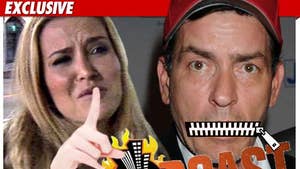