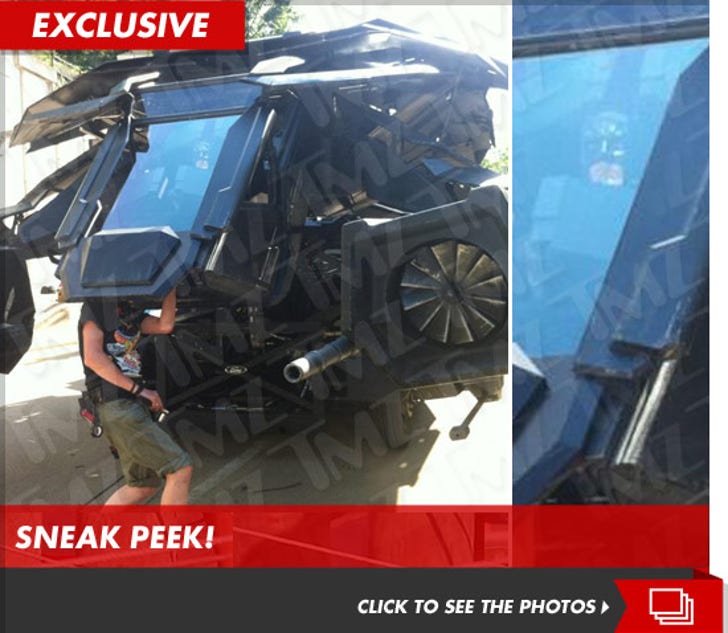 It's the big secret on the "Dark Knight Rises" set -- a giant armored jet thing spotted careening around the streets of Pittsburgh -- but so far, no one's seen it up close in nerdgasmic detail ... UNTIL NOW.

TMZ obtained the recent pictures of what appear to be Batman's updated Batwing for the new movie -- and if you look closely ... you can even see a Batman dummy through the windshield.

Check out the video below to see the new maybe-Batwing in action. 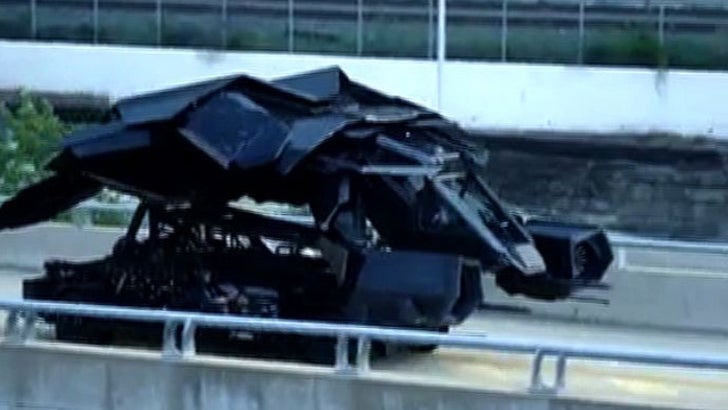 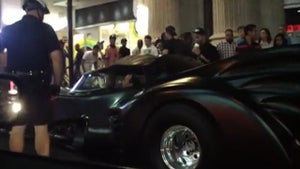 'Batmobile' Breaks Down In Canada -- Caught on Tape!