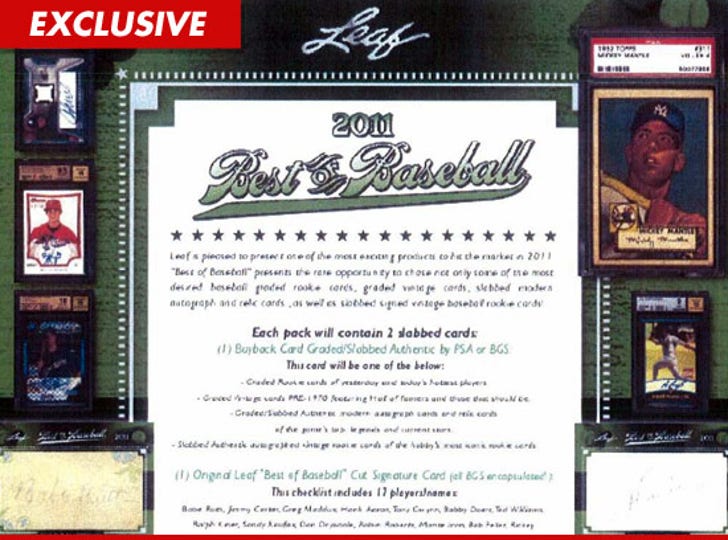 One of the GREATEST YANKEES OF ALL-TIME has been thrust into the middle of a showdown between two HUGE baseball card companies ... TMZ has learned.

It's sorta weird -- Leaf has a new line of cards called "2011 Best of Baseball" ... and in every pack, collectors will get 1 new, original Leaf card and 1 bonus card which, depending on your luck, could be a pre-1970 card featuring a Hall-of-Famer.

According to the lawsuit, Leaf put together a promotional ad (above) featuring some of the bonus cards -- which include the Mantle card, a 1980 Topps Rickey Henderson, a 1972 Topps Carlton Fisk card and more.

Topps claims it had warned Leaf about a similar incident in 2010 ... but now, Topps' patience has run out ... and it wants Leaf to pay up. Topps is suing for unspecified damages AND it wants a judge to force Leaf to STOP using Topps cards to promote Leaf products.

A rep for Leaf tells TMZ, "Leaf intends to vigorously defend itself against the allegations in this lawsuit. We anticipate a just result of this matter through the legal process."