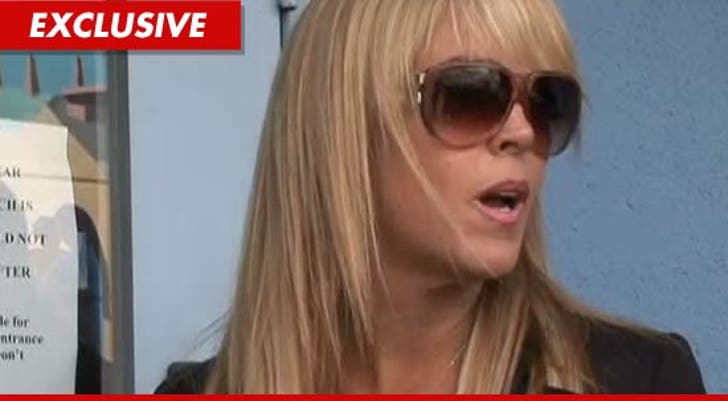 Dina Lohan apparently thinks she's Dina De Laurentiis ... because she's telling investors she can snag some of the biggest actors in Hollywood for her new movie.

TMZ has obtained a copy of the business plan Dina's sending to prospective financiers -- asking for a grand total of $5.28 million to shoot an R-rated film called "Growing Defiant" -- which takes "a hard look at the social pressures that can lead a kid in the wrong direction." Hmmm.

Now here's the best part. There's an asterisk at the bottom of the plan, which reads, "The cast listed above is a suggested cast list only. Michael Lohan is the only cast member who has been signed."

And Dina apparently thinks big actors will do anything to sign on, because she's allotting a grand total of $1,125,000 for actors' fees.

Dina Lohan -- a regular Bruckheimer, only easier to pronounce.