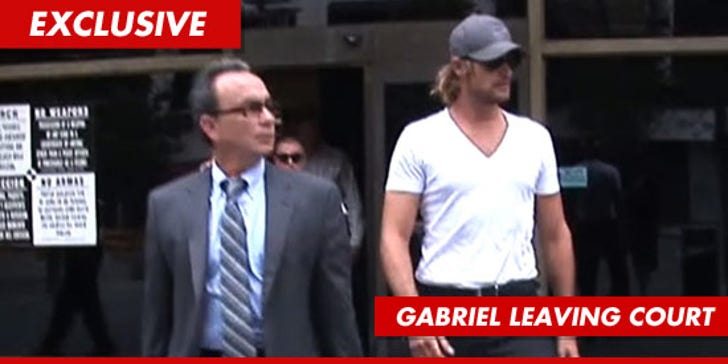 Score one for Halle Berry in the latest custody battle with baby daddy Gabriel Aubry.

TMZ has learned Halle and her lawyers, Neal Hersh and Judy Bogen, prevailed in court today -- as both she and Gabriel stood by while their lawyers argued before the family law judge.

We're told the issue had to do with the custody agreement the couple signed. There's a provision in the agreement dealing with how much time each of them gets to spend with Nahla when Halle shoots a movie.

Halle is going to Europe soon to shoot a flick, and Gabriel and Halle were arguing over the "movie clause" -- specifically, how they're supposed to divide their time with Nahla.

We're told the judge bought Halle's interpretation of the "movie clause," meaning Gabriel won't get as much time with Nahla as he wanted.