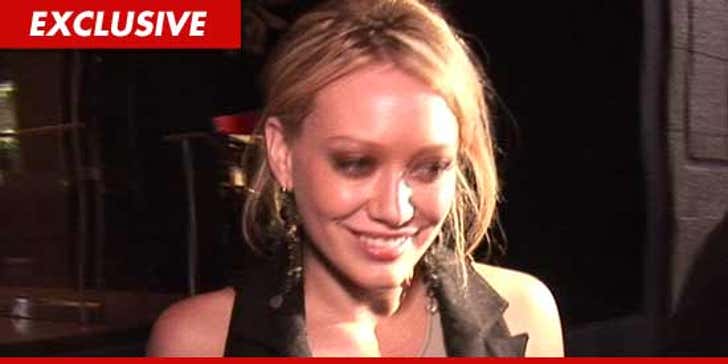 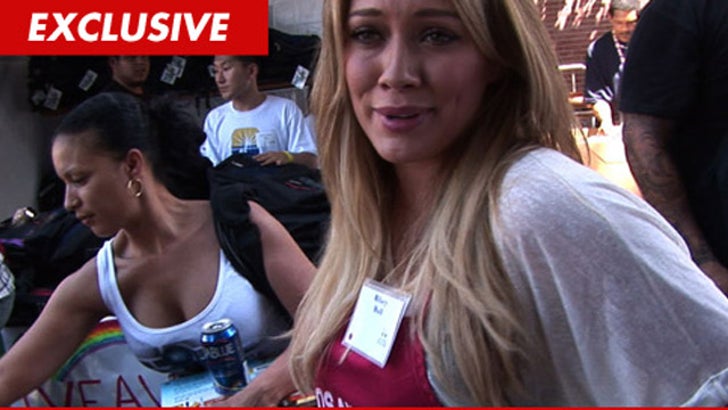 A preggo Hilary Duff scored a GIANT golden parachute after getting dumped from the new "Bonnie and Clyde" movie -- a severance deal worth $100,000 ... all for doing nothing.

Sources close to production tell TMZ, it's all in Hilary's play-or-pay contract -- if for some reason, production decides to terminate the actress' employment ... they'll cough up the six-figure sum to compensate her.

As we previously reported, Duff was dropped from the flick after she got knocked up.

We're told the search is still on for a Bonnie replacement -- Amanda Seyfried was approached to fill the role ... but she turned it down.

Over the weekend, Duff was volunteering at the Los Angeles Mission’s 75th End Of Summer Block Party -- when we asked about the situation.

Duff told TMZ, "I dont wanna give them any more press than they've already gotten off me ... I think [my] baby is a little bit more exciting." 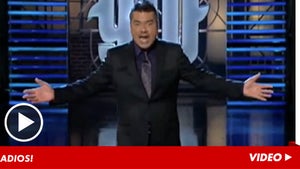 George Lopez Jokes -- I Was Fired 'Because I'm Brown'