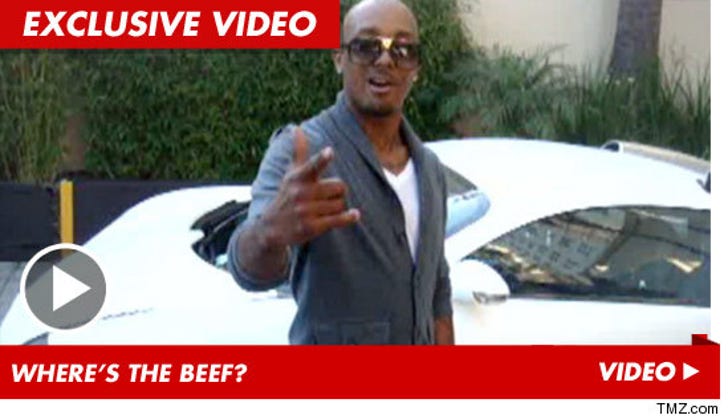 The rapper suing Lil Wayne for allegedly stealing one of his beats wants everyone to know ... he might be suing Lil Wayne, but he's not "beefing with him." See the difference?

As TMZ first reported, Rich Rick claims the beat for "How to Love" is his ... saying he bought it a few years back from a group of rap producers called Drummer Boyz. But he says the Drummer Boyz double-crossed him and sold it to Weezy as well.

The lawsuit was filed against both Lil Wayne and the Drummer Boyz, but when we asked Rick about it the other day ... he seemed to make it clear his problem isn't with Weezy.