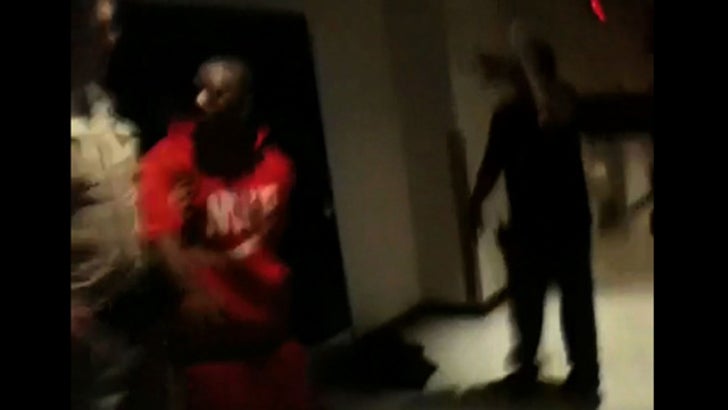 It took several cops to pull Ray J out of a Vegas nightclub this weekend -- after the singer popped rapper Fabolous in the face -- and TMZ has obtained footage of the post-fight ejection.

Ray was hanging out at Moon nightclub in The Palms casino -- when a Twitter feud between him and Fab turned violent ... in person.

Ray says he was briefly detained by cops -- but as we previously reported, he was not arrested. 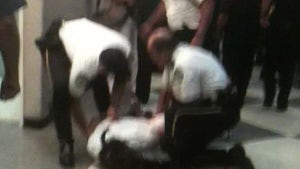