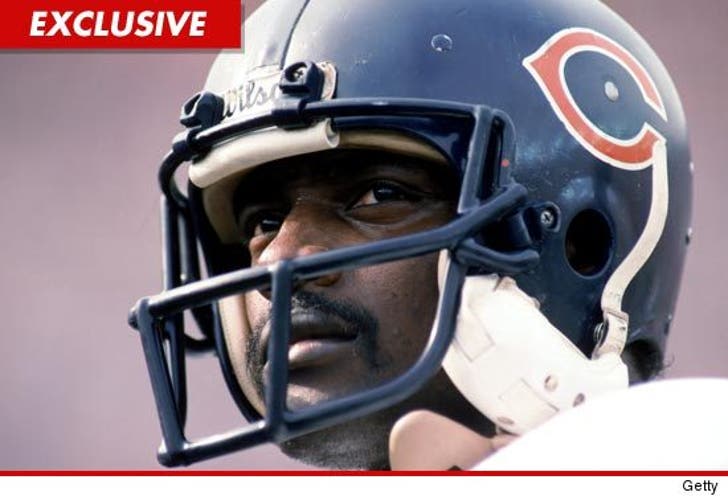 Bud Holmes, longtime agent of NFL legend Walter Payton, says his comments in the new book about Payton were taken out of context ... and that the man known as Sweetness was not a drug addict.

In a soon-to-be published book entitled "Sweetness: The Enigmatic Life of Walter Payton," author Jeff Pearlman claims sources told him Payton took a cocktail of Tylenol and Vicodin and kept tanks of nitrous oxide in his garage. He also alleged Payton was suicidal.

In excerpts that were released this week, Holmes is quoted as saying, "Walter was pounding his body with medication."

But Holmes tells TMZ, “[Payton] was not hooked on drugs. He wasn’t an addict. He didn’t abuse drugs or use illegal drugs."

Holmes insists he never meant to imply that Payton abused pain medication and was simply talking about pills that "were only used to alleviate the aches and pains he got from playing the game we watch on Sundays."

Holmes says he never knew Payton to use nitrous oxide, Vicodin or Ritalin, as the book claims.

Pearlman had no comment. Calls to Sports Illustrated were not returned.