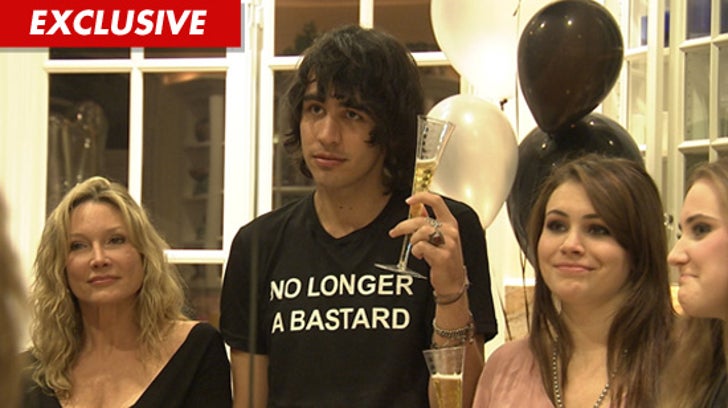 Gene Simmons and Shannon Tweed are total publicity whores but their son Nick is ADAMANT their marriage is 100% legit despite criticism that they only tied the knot for reality show ratings.

22-year-old Nick claims he's definitely not surprised by the rumors telling TMZ, "Dad does tend to wear his shameless capitalism on his sleeve. But I was there when the cameras weren't. My parents went through a dark wood and came out still wanting to be together."

Gene and Shannon had been together for 28 years – before finally getting hitched October 1st with the wedding set to air on the new season of A&E's "Gene Simmons' Family Jewels".

Nick added, "All I can say about that is that my mother has the patience of a saint."

It also gave Nick the chance to wear that awesome shirt.