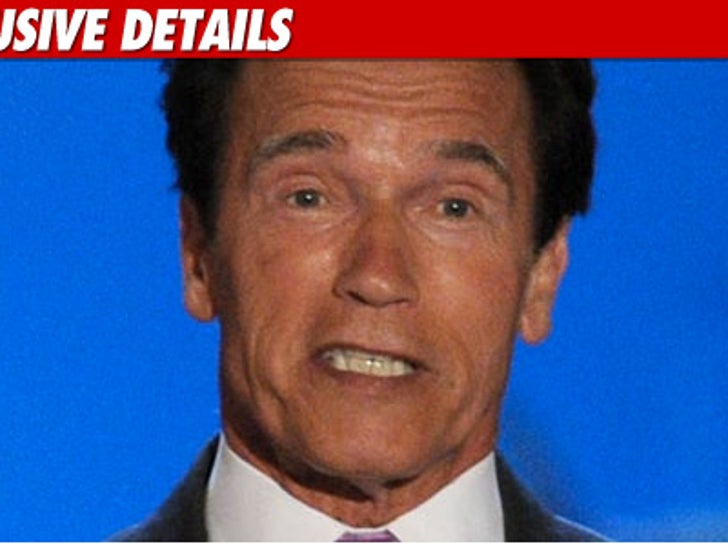 Arnold Schwarzenegger fathered a baby with a member of his household staff, and that is what sent Maria Shriver packing ... and right into the office of a powerful financial adviser to get her affairs in order to end her marriage, TMZ has learned. 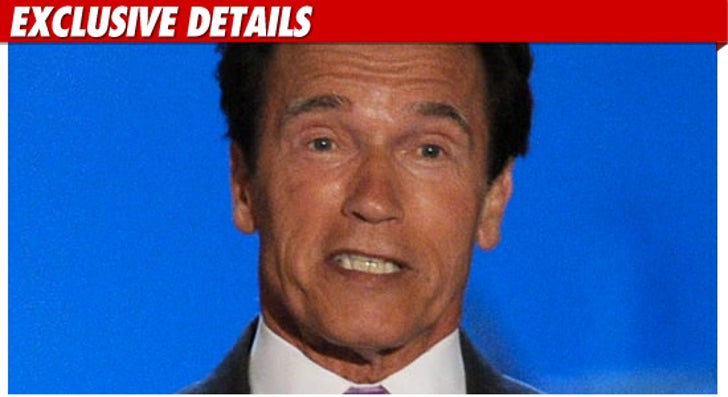 Sources say Maria was distraught after learning Arnold pulled a John Edwards. The baby mama worked for the family for two decades, retired and received a severance package, according to the L.A. Times.

The baby was born more than a decade ago, but until recently Maria thought the father was the woman's husband at the time.

Schwarzenegger told The Times, "After leaving the governor's office I told my wife about this event, which occurred over a decade ago. I understand and deserve the feelings of anger and disappointment among my friends and family. There are no excuses and I take full responsibility for the hurt I have caused. I apologized to Maria, my children and my family. I am truly sorry."

TMZ heard about the baby 5 days ago, but everyone in the Schwarzenegger camp was denying it. But sources told us Maria was "completely distraught" yet determined to move on with her life. She has not pulled the trigger to end her marriage on the legal side, but she has been working with a very powerful financial adviser who has been helping her position herself for a divorce.

We believe -- though have not confirmed -- there is a prenup, but the couple has been together so long the effectiveness of it is problematic.

UPDATE: Maria released a statement saying, "This is a painful and heartbreaking time. As a mother, my concern is for the children."

She continued, "I ask for compassion, respect and privacy as my children and I try to rebuild our lives and heal. I will have no further comment."