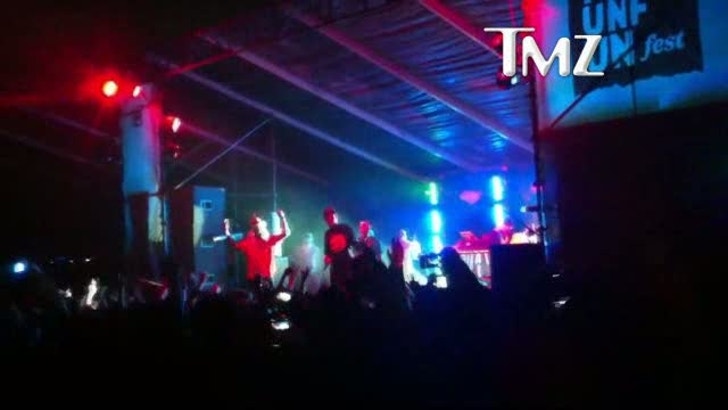 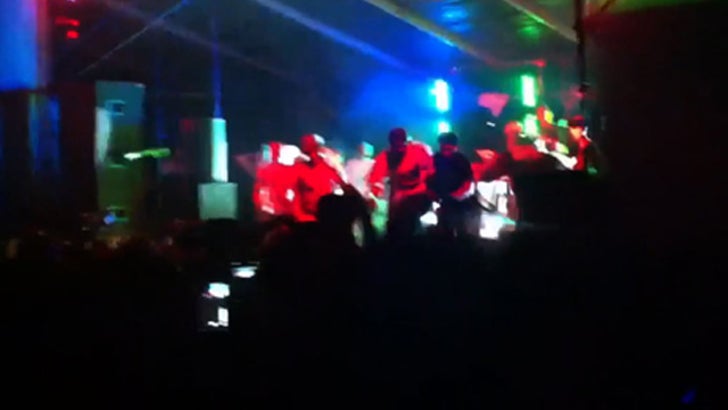 Tyler the Creator -- the guy who won the 2011 MTV VMA for "Best New Artist" -- took a serious blow to the head last night ... when a moron fired a bottle at the rapper during a concert ... and connected.

Tyler was performing in Austin, TX -- when some idiot (with one hell of an arm) launched the projectile from the crowd ... and it struck T.T.C. right near his eye.

One member of Tyler's crew immediately fired a water bottle back in the direction of the culprit -- and moments later, Tyler and the rest of his crew stormed into the crowd to hunt for the bad guy.

No word if Tyler suffered any injuries in the attack -- and so far, it's unclear if the crew ever found the bottle-thrower ... but it probably wasn't pretty if they did. 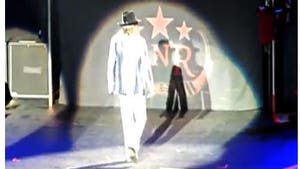 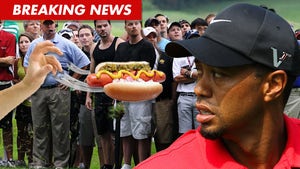