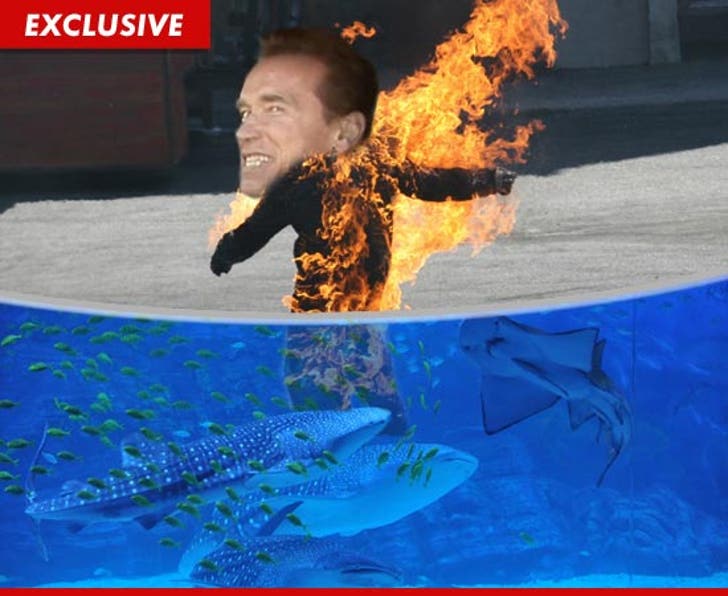 Arnold Schwarzenegger may be 64 years old, but he's still bad-ass enough to perform his own stunts ... well, except for the one he screwed up and got his head split open.

Arnold has been filming "Last Stand" in New Mexico for nearly two months. Sources on the set tell TMZ ... A.S. has politely declined the producers' offer to put stuntmen in the dangerous scenes, because he thinks it's just more believable for him to do it himself.

As for what Arnold is doing ... among other things, in one scene he's driving a Camaro, dragging a "bad guy behind" -- even though the scene involves crazy driving, it seems the bad guy is the one who needs a double.

Arnold is also doing a scene where he's suspended high above the ground by ropes -- we're told this scene is dangerous.

And side benefit -- we're told the production is so physically challenging, he's yolked again. 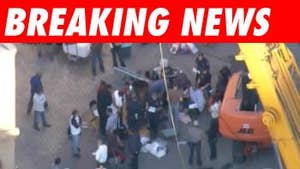