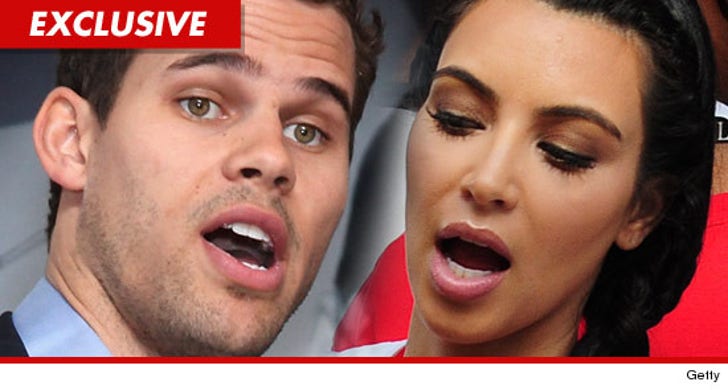 Sources very close to Kris Humphries tell TMZ ... Kris is gunning for an annulment based on fraud because he feels "he was just slotted in the plot line of Kim Kardashian's latest headline and newest business venture."

We're told Kris believes Kim never intended to stay married to him, but needed a groom to fuel ratings for her show. One source says, "Once they were finished taping, she just didn't need a groom anymore."

Kris is telling people he feels like a pawn in the game.

And, we're told, Kris is outraged by people who think he was in on the wedding scam -- according to one friend, "He would have never flown in his childhood pastor to marry them and involve his church."

Finally, Kris feels Kim's own statement that she posted on her blog is a smoking gun ... specifically, "I felt like I was on a fast roller coaster and couldn't get off when now I know I probably should have. I got caught up in the hoopla and the filming of the TV show."

Bottom line -- the divorce/annulment war is on.

Seems Kris has other things on his mind too -- he was spotted yesterday at the airport in Washington, DC with his mother. They were in town to attend a children's health conference ... "Building A Healthier Future Conference." We're told Kris is very active in the cause. 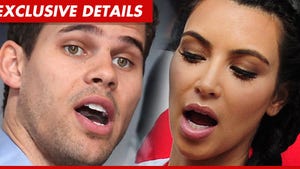 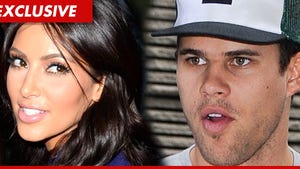