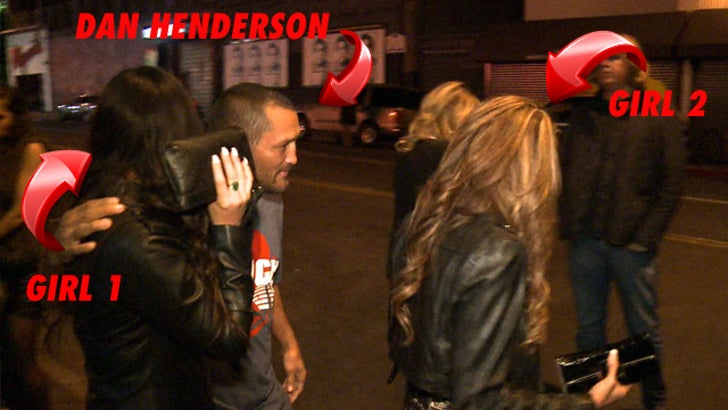 UFC face-smasher Dan Henderson had TWO babes on his arm as he left a Hollywood nightclub Monday ... but one of the chicks MAY have been a rebound for one of the best pitchers in baseball.

But when they left, Penny went to the car by himself ... and Henderson followed behind with 2 chicks on his arm.

Here's the rub -- Penny is rumored to have called off his engagement to "Dancing with the Stars" pro Karina Smirnoff recently ... so is it possible Dan was helping his famous pal rebound???

Or was Henderson hoping to ride the tricycle by himself last night? 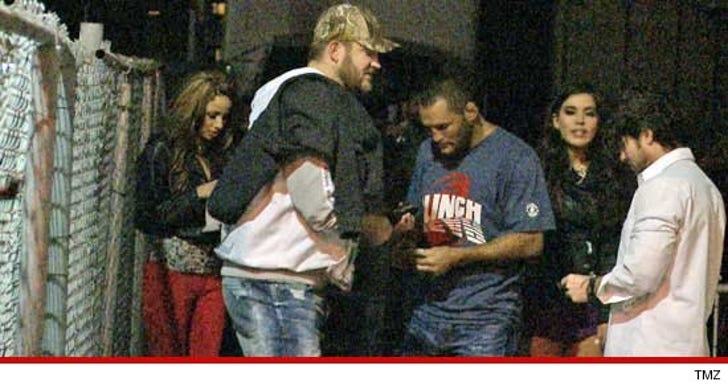