"Teen Mom" star Amber Portwood smashed into a Saturn, but the real story ... what she knows about the law you could fit in Uranus.

Here's the Saturn part ... Amber was driving yesterday in Anderson, Indiana, when she smashed into a 2003 Saturn as the other driver was pulling into his driveway -- this, according to the police report obtained by TMZ.

Now the Uranus part ... Amber's defense to cops was that the other driver slammed on his brakes and made a sudden turn. Amber is unaware that a driver must anticipate the driver in front slamming on the brakes -- in other words, stay a safe distance behind.

According to the police report, Amber was at fault for following too closely.

Amber's had a rough couple of weeks. She's facing 2 years behind bars for allegedly violating her probation. 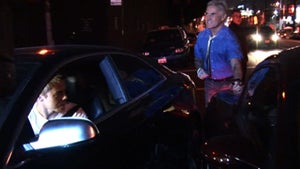 'Dancing' Star -- I Got Rammed Before the After Party 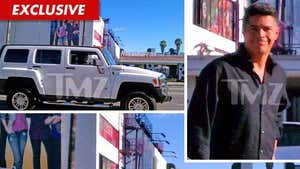