Deion Sanders' estranged wife is a "gold diggin h*e" who has been screwing around behind Deion's back ... this according to the NFL star's daughter.

Deiondra Sanders -- Deion's 19-year-old daughter from a previous relationship -- just BLASTED her step-mom on her Twitter account ... claiming Pilar Sanders has been a TERRIBLE wife to her famous father.

Before she unleashed, Deiondra apologized to her father -- claiming Deion "is going to be very upset at me 4 he always takes the higher route."

Then ... she GOES OFF -- claiming Pilar straight up LIED when she claimed she found out Deion filed for divorce on TMZ.com.

Deiondra writes, "#HowYouDidntKnow but yo boxes have been packed for weeks now."

She adds, "HowYoTopPriorityBeen yo marriage and yo kids when u flying out to see other n**gas ... yeah we know."

Deiondra added, "All u had to do was be a supportive wife. Only thing u ever cared about doing with my dad is reality shows."

"Pilar stop tryna play the victim. Maybe if u would of actually loved my dad and not loved the life he gave you we would be here today."

Pilar's lawyer, Larry Friedman, tells TMZ ... "Marriage is a relationship between two adults and it doesn’t involve engaging this kind of faceless accusations made by his child."

He adds, "If Deion has something to say, he'll battle it out at the courthouse. Meanwhile Pilar is still trying to protect her children and save her marriage." 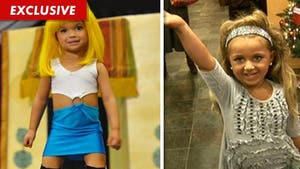 'Toddlers & Tiaras' Mother Lashes Out Over 'Hooker' Insult -- Blame the Mom, Not the Girl 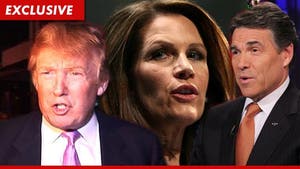 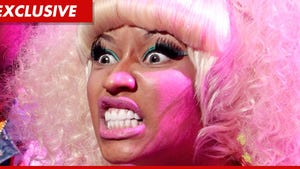