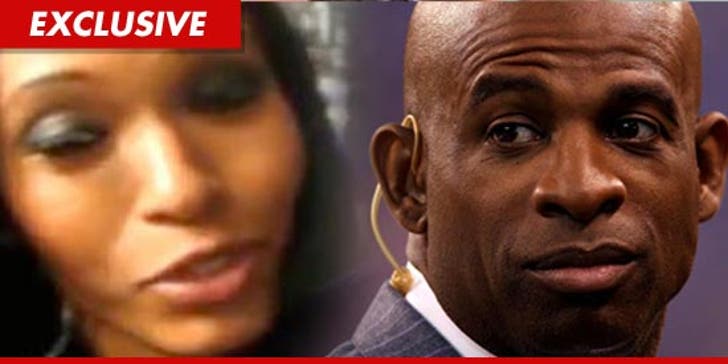 Pilar Sanders wants to have a little sit-down with Deion's alleged mistresses -- to PROVE he was an unfaithful husband -- but according to Pilar, Deion is trying to thwart her efforts ... by attempting to bribe one of his jumpoffs to keep quiet.

Pilar has filed a motion in court -- obtained by TMZ -- demanding sanctions against Deion in their ongoing divorce proceedings, claiming the former NFL star has been tampering with witnesses ... in this case, a 20-year-old model Deion allegedly slept with last summer named Aleea Stanton.

According to Pilar, Deion attempted to bribe Aleea to keep her mouth shut about their tryst -- so now, Pilar wants the court to punish him for his unsavory tactics.

Pilar also claims Deion orchestrated that infamous standoff between her and Deion's aunt Laura last month -- to steal an audio recording device that contained damning evidence against the NFL star.

As a result, Pilar is also asking the court for sanctions against Deion for intentional destruction of evidence and corruption.

In addition to the sanctions, Pilar filed documents requesting to take depositions of several other people -- including another alleged mistress by the name of Tracey Edmonds, coincidentally an ex of Eddie Murphy.

Tracey tells TMZ, "I am shocked to learn that Pilar Sanders is trying to drag me and my employees through her pre-nuptual dispute. I cannot understand why she continues to create public issues out of her private life issues and feel very sorry for their children."

Tracey adds, "For the record, Deion Sanders and I first met at the top of this year, after he filed for divorce, when he and his partner reached out to me to produce a project of his."

A rep for Deion tells TMZ, "Deion has made every effort to resolve this matter privately for the sake of his children and will continue to aggressively fight for the truth in court. As we have always said, at the appropriate time, Deion looks forward to setting the record straight publicly." 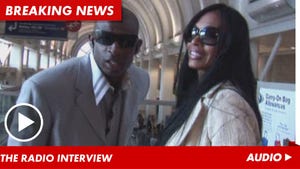 Deion Sanders' Aunt Laura Jones: Yeah, I Beat the Crap Out of Pilar