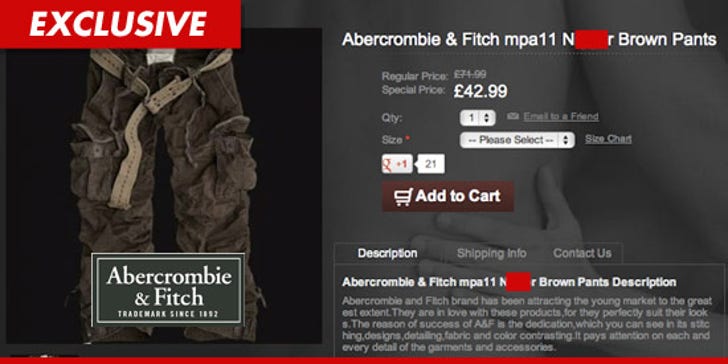 Abercrombie & Fitch is adamant ... the clothing giant is NOT behind a bogus website selling extremely racist merch under the A&F logo ... and now it's going to FORCE the fakers to shut down ASAP.

The fake site ... which describes itself as an A&F "outlet" ... ignited all sorts of panic on the web yesterday ... because it offers an item described as "N**ger Brown Pants."

When the REAL Abercrombie caught wind of the situation ... they were less than pleased ... and immediately ordered their lawyers to crush the racist bastards before it duped anyone else into thinking it was an official A&F site.

A rep for A&F has released a statement to TMZ ...telling us, "We do not condone racist language. This is a counterfeit website and we have initiated legal proceedings to shut it down." 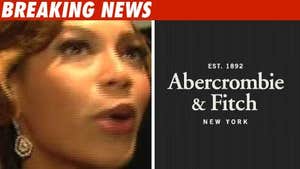